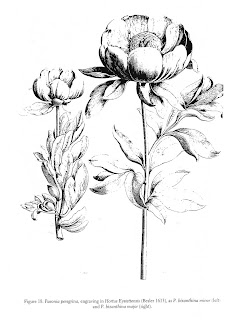 Are your peonies in bloom yet?
Mine are almost….almost…..but probably 2 weeks from full bloom!
I walked through the garden last night and was amazed to see that….

The little shoots that looked like this just a month ago…. 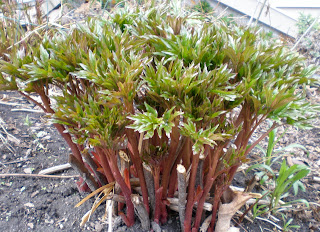 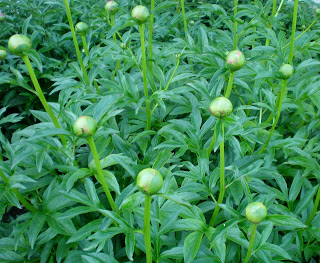 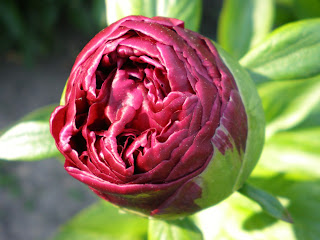 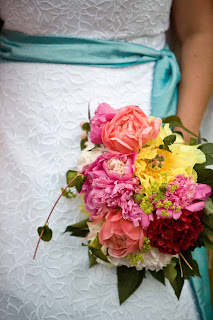 The Sweetwater Daughter got married in June and wanted Peonies for the main flowers….
I did my research and discovered this trick….and it REALLY WORKS!
We were able to have some of the early blooming peonies in the wedding bouquets…long after the plants were done!
Did you know you can keep peony buds refrigerated for up to 3 weeks?
You can read an article from the experts here!
But let me show you what I did last year! 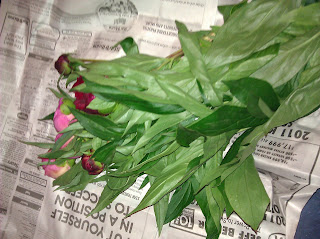 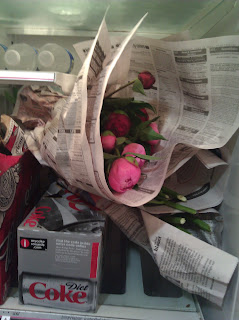 I cut peony blooms that were in the soft marshmallow stage….and that had no moisture on them.
I cut the stems pretty long…10-12 inches.
They got loosely wrapped in newspaper….
If you have cellophane or a plastic bag that is nice to put around them as well…
I stacked them up pretty high…but I didn’t pack them tightly.
I left them in the refrigerator for 3 weeks….I think 2 weeks would have been better…
To be honest…I forgot they were in there…until Mr. S started complaining about “no room for beer!!!” 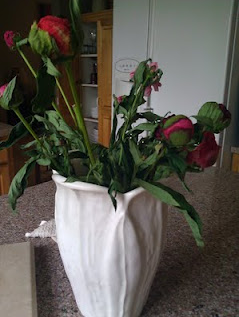 I took them out of the refrigerator….
Made new cuts on each stem and put them in fresh warm water.

Then I waited…..
and waited….
and worried that I had left them for tooo long… 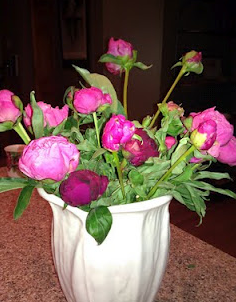 They started to perk up and fill out…. 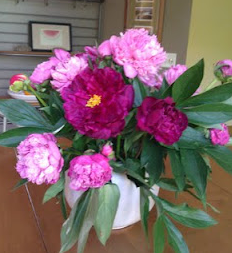 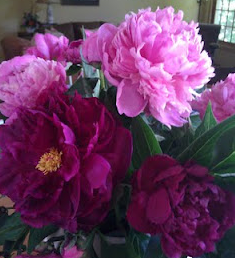 Here are the flowers after a day….

Blooms that are stored this way don’t last quite as long in the arrangements….but hey….I wasn’t complaining when I had Peonies in the house in the last week of JUNE!

Here’s to the Power of Peonies….!