He (SHE) that will bare-foot go must not plant a garden of thistle.
French Proverb 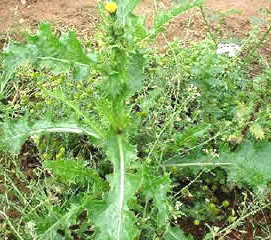 The thistles have made their yearly appearance in the Sweetwater Gardens! And yes….I go barefoot in the garden!
Every once in a while….I put on my heaviest gloves and attack these suckers….with a vengeance!  I never completely get rid of them….but it is satisfying to rip them up by the roots!

This post is sort of about cooking….you know I don’t do many cooking posts….but the weeding the thistles made me think of one of our favorite vegetables…..Artichokes!

It all started when I was looking for some cool pictures of artichokes to make my blog look pretty!

I would love to have artwork like this…..but it probably won’t happen….gorgeous though!
But look at this botanical print from Vintage Printables…. 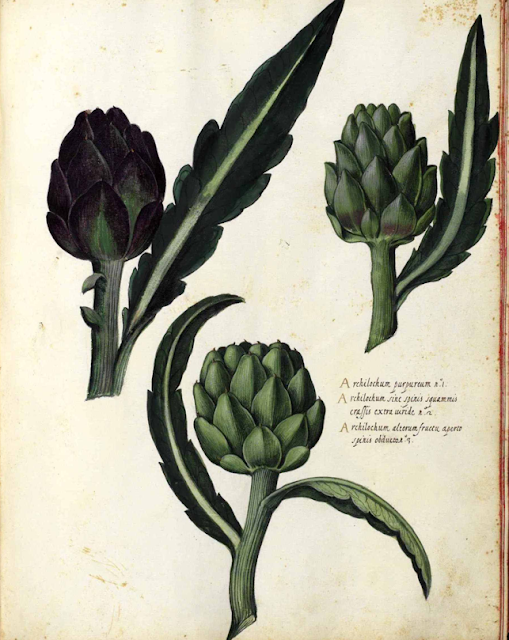 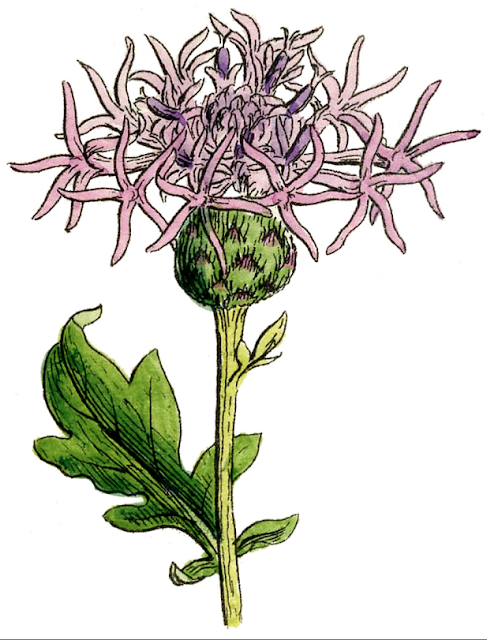 The ever popular Graphics Fairy Site had some great thistle art!
I only spent about an hour browsing there!!!
But….now on to the cooking segment of this show!!!
If you already know how to fix artichokes….you can scan through the rest of the post pretty fast!
….but I do have a great sauce recipe at the end that is worth glancing at if you hate making Hollandaise sauce as much as I do! 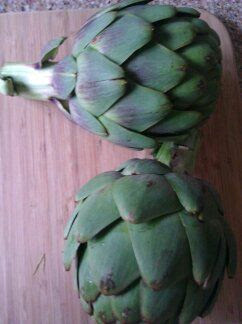 A couple of years ago….the Sweetwater Son called in a panic…(not really because the Sweetwater Son is really not one to panic about anything!!)….but he was making a nice dinner and he had artichokes and wasn’t sure how to proceed….

Ahh…he needed advice from his MOM!!!

A fresh artichoke can be sort of scary looking if you don’t know what to do with it…. 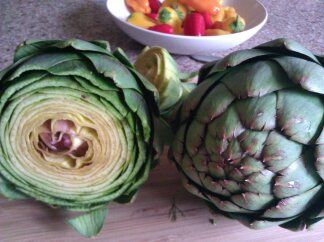 Take a big strong knife and cut off the top of the artichoke about an inch down….this is to get most of those pointy spine things off…..

Then cut off the bottom stem so that it can sit flat…..do the top first cuz then you have the stem to hang on to….sounds logical but it took me probably 10 years to figure this out! 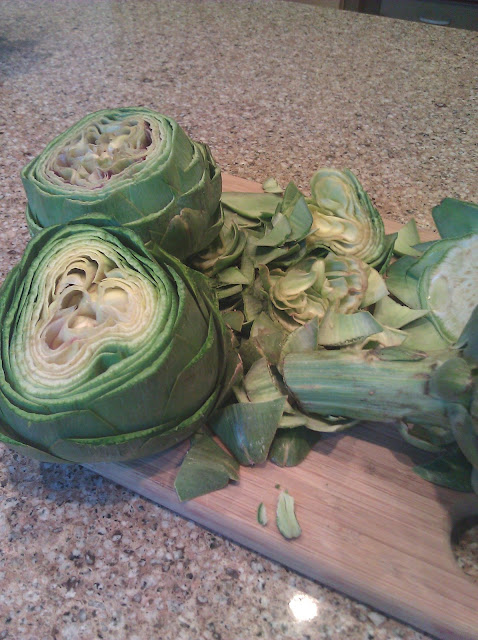 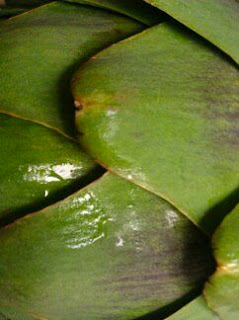 Now use your kitchen shears to cut all the pointy edges off….yup….ALL of them…

Then it is just a matter of steaming them over a pot of water….you could boil them right in the water, but steaming is less messy. 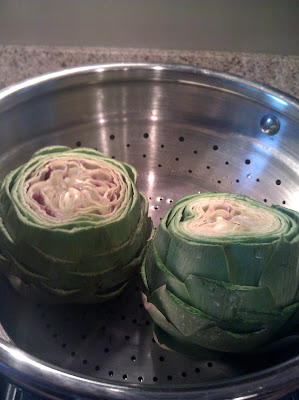 I use this Calphalon “Everything Pan”…

It is just perfect for up to 4 artichokes….

Seriously….this is the best PAN EVER!!!

It is a go to wedding gift if you need one! 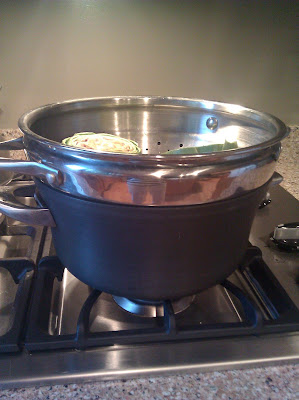 Anyway….put the artichokes in the pan….cover and cook until the bottom can be easily pricked with a fork…

Wish I could tell you how long….but just like when Mr. S. asks “how long will the artichokes take?”

The answer….”when they are done!”

I guess about 20-30 minutes mostly….
but it really depends on the artichoke….
remember…
it’s a thistle….I suppose you have to expect it to have an attitude!

Then put them on a plate…..with some of this amazing “Secret Sauce”….(recipe to follow) 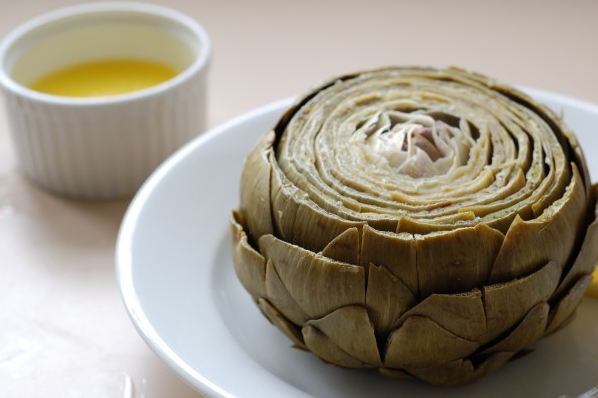 To eat….just peel off a leaf and dip it in the sauce…
Use your teeth to scrape the soft/tender part and discard the rest.
As you move to the center of the vegetable, the leaves get softer and softer…more good stuff!

When the last leave is gone…cut the “choke” or thistly stuff off and eat the tender base….
Remember…the choke is called that for a reason….it really sticks in your throat if you get some!!!

Artichokes are REALLY good for you!

Yeah..you read that right!
Only 25 calories…..
Did I tell you that the “SECRET” of the Secret Sauce is that the calories DON’T count!
Just sayin’!

Thistles…..Gotta Love ’em!
Oh….one more thing….does anybody out there know where I can find some artichoke plates…
I have 3….sort of an odd amount!  Would love to find some more!!!