Tomorrow is the “real” first day of Fall on the calendar….
the Minnesota weather this week has been typically Minnesoatan…
In the 80’s one day and the 60’s the next!
The Sweetwater Gardens are looking a little tired but since there has been no hard frost yet, the flowers are still in full bloom!
I have been “putting Summer away” around here.  The nautical mantel has morphed into it’s Autumn look. 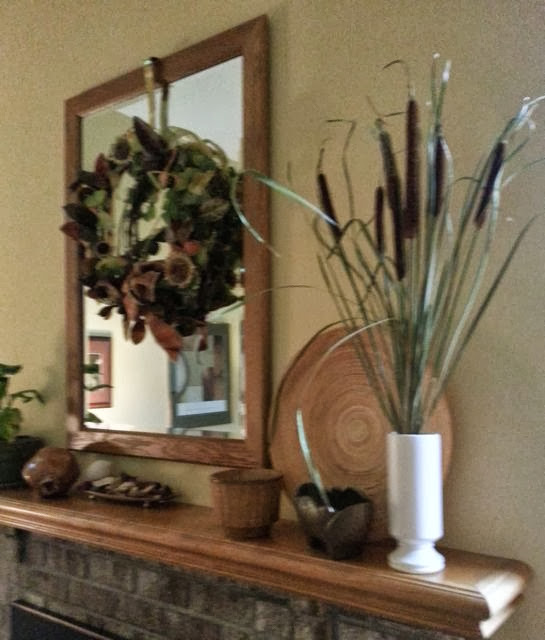 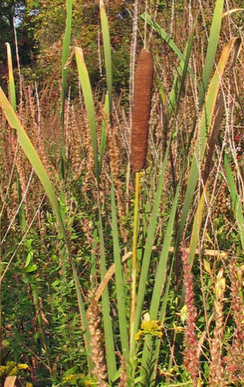 I love the look of cattails….and every year Mr. S and take a drive into the countryside to cut some to use in arrangememts both indoors and out!
This year we were smart enough to go on our cattail hunt early….while they were still pretty green.
The problem with cattails is that if you don’t preserve them right away….you end up with a lot of fluff on a stick….not so nice in the house!

I have used hairsprary…..not nearly heavy duty enough….and who has hairspray around the house these days anyway!!!!

I have used Spray Varnish….and that works pretty well….for a while.  But if you put the

cattails out of doors…eventually they turn to fluff! 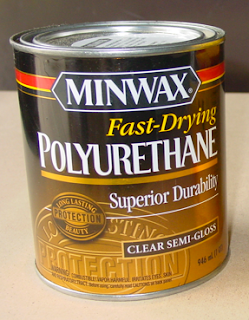 This year I decided to try actual polyurethane and paint the cattail heads…..

I used a foam brush….which turned to mush after about 3 cattails….

I would suggest a cheapo brush that is NOT foam…

There are no photos of me rolling the cattails in the poly with my fingers…..but you probably get the picture!!!

I propped them in a bucket to dry and was thrilled to see how nice this coating is.  It feels like it will really last.
Now to arranging them…..
I started by laying them on the table and creating a fan of stems at the bottom.  This is the same process as making a hand tied bouquet.  The object is to create a “base” that will stand up in the vase and allow the “flowers” to fan out! 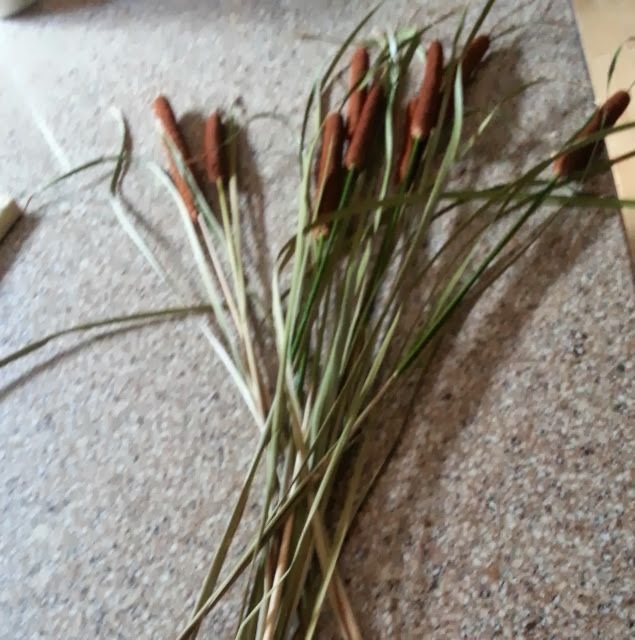 Then I used floral wire to wrap around the criss-crossed stems.
You could use raffia too….but I decided I wanted to have the stability of the wire. 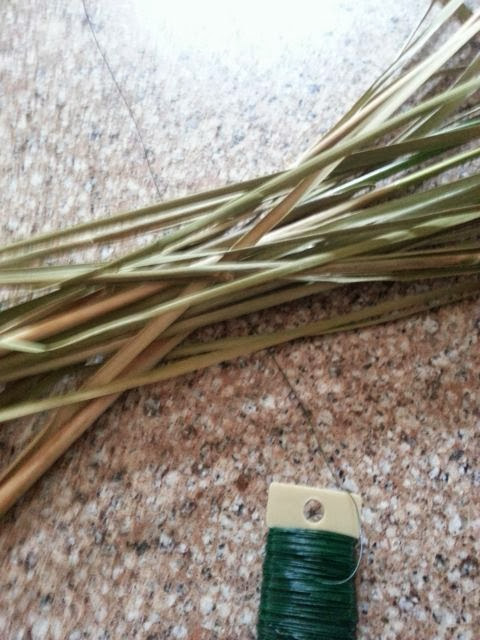 Then just put them in the vase and do a little “tweaking” to get the arrangement “just right”! 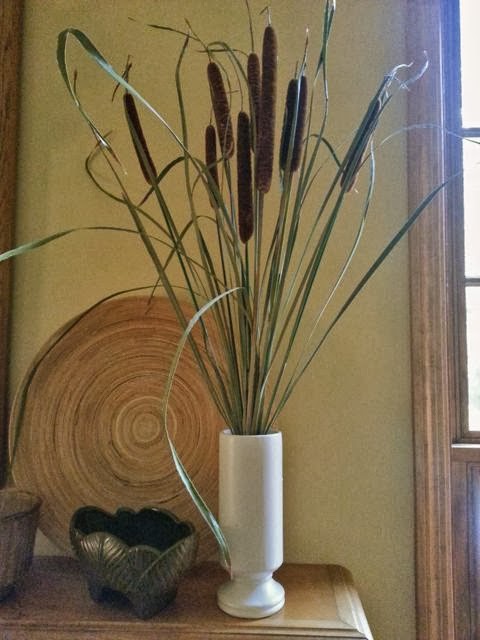 I hope that the rest of the cattails will hold up out doors….last year we put them in the pots by the firepit along with some Pampas grass…. 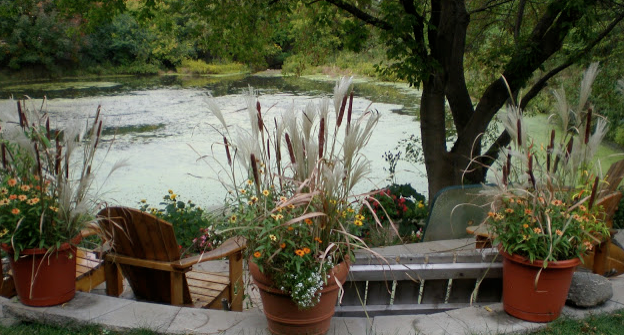 But I am thinking maybe I will use them in the front on the steps…..SUCH big decisions.
In the meantime……I wish I could figure out how to keep THESE CAT TAILS….. 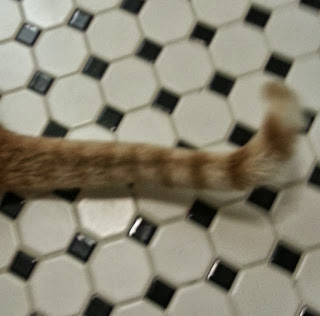 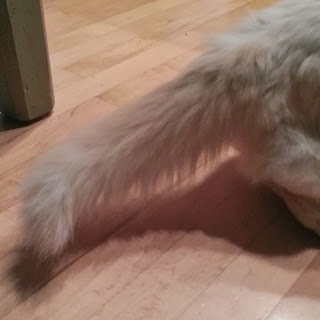 From SHEDDING!!!!
Somehow…I think the ASPCA would be after me if I used Polyurethane on them….
hmmmmmm…..maybe I should buy some hairspray!!!
(JUST kidding Marvin and Maxine!)
Have a GREAT Last Day of Summer!