At this time of year in Minnesota, we all play the waiting game of “When will it freeze?”
Well luckily that has not happened yet….and by the looks of the 10 day forecast….the lowest nightime temp will be 38 degrees!

That means the garden blooms will have a few more days to show their glory!
Remind me to look at these photos in the depths of January!

The Lantana loves the cool mornings and practically glows in the September sunlight! 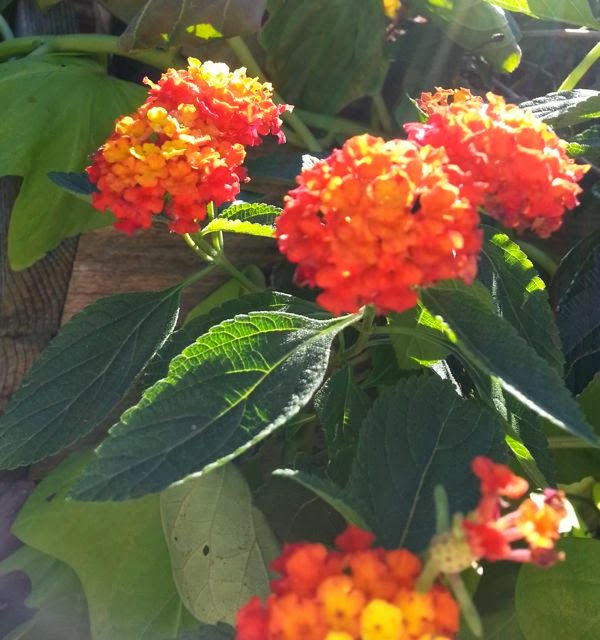 Even the lowly petunias seem to be basking in the warm days…well at least as long as they get regular drinks of water! 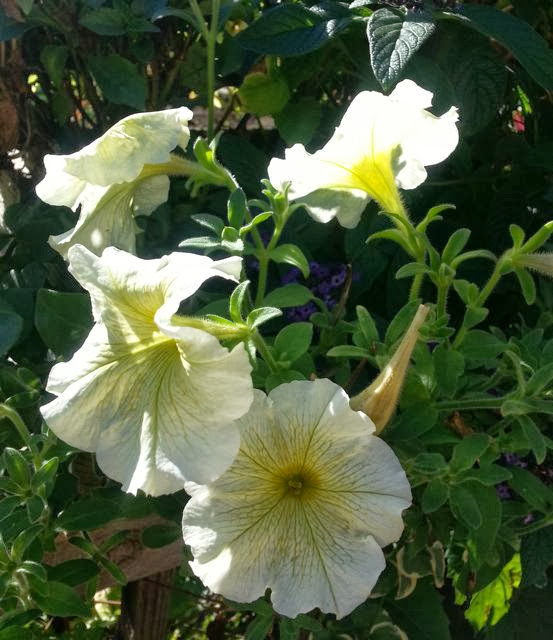 The Profusion Zinnias are doing well, although I have to admit I have not been good at dead heading them…..too many flowers….not enough time! 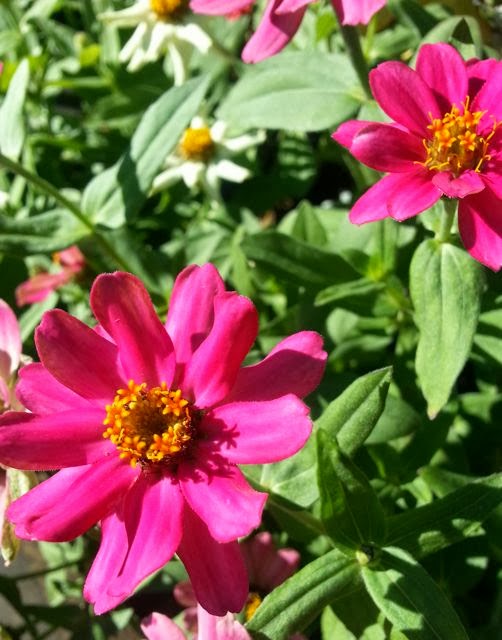 Seems like there are deals on cheap Mums everywhere….these came from the grocery store….but look pretty fancy anyway…The red is nice with the newly painted front door! 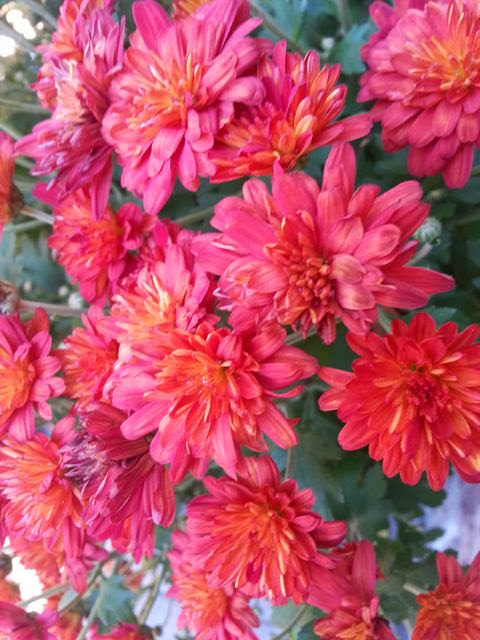 The Dahlias in the front yard are really putting on a September show….for whatever reason…they didn’t get the powdery mildew that usually happens this time of year….even though I didn’t spray for it! 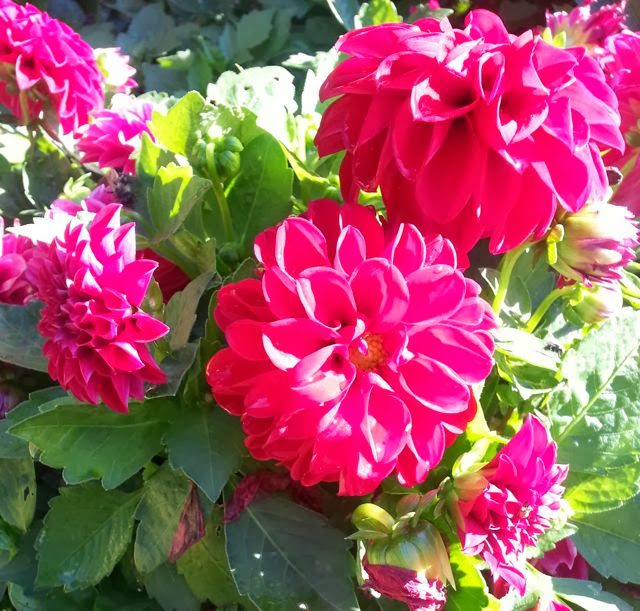 These Bronze Spider Mums are a favorite because they look nice with the color scheme in many rooms here at Sweetwater.
Oh…and they are sort of Golden Gopher colored too! 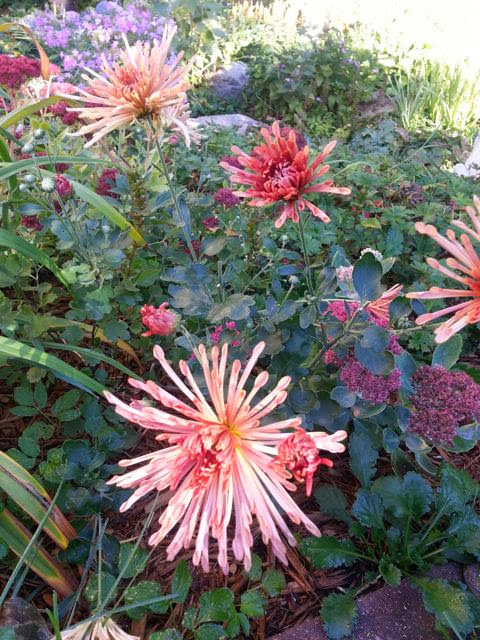 Last….but definitely NOT least is this fabulous Hydrangea bloom!  Sadly one of ONLY 3 that appeared this year!  Luckily…the Sweetwater Daughter took pity on me and shared a whole armload of Annabelle blossoms with me! 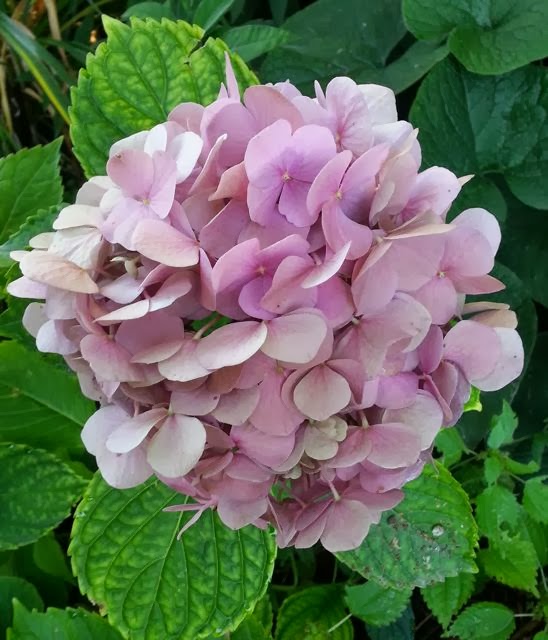 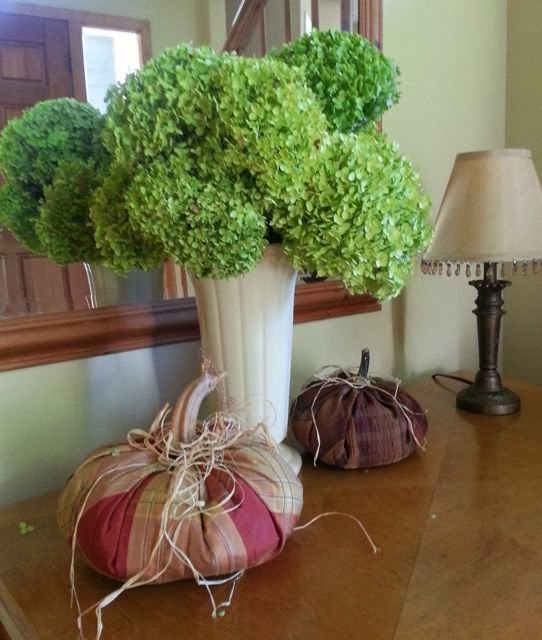 There you have it…..a savoring of the summer….Hope it keeps lasting!
Although…..I am kind of wanting to start wearing my fall clothes!!!
Such big problems!!!
Have A Great Day!