I have a confession to make…..
a really big confession from someone who loves  to decorate for Christmas as much as I do!
Are you ready?
Here it is…..my secret shame!
I really DON’T LIKE CHRISTMAS TREES!!!
Oh….we always have a tree….but really…. I could take it or leave it!
It is the other decorating all over the house that I REALLY like….
This year the temperatures went below zero the first week in December….
It was easy to convince me to wait to go get a tree….
But…Last Saturday,
we realized that we had better get ourselves out there to get one before they were gone….
it was lucky that we did….because the pickin’s were slim!!!
Back in the day…. cutting our own Christmas tree was an all day event…..but that was back in the day!
Now….Mr. Sweetwater Scrooge and his Scroogy wife were out of the house and back home with our $25 dollar Home Depot tree in less than an hour!
But I do have to say that our little bargain tree turned out pretty well! 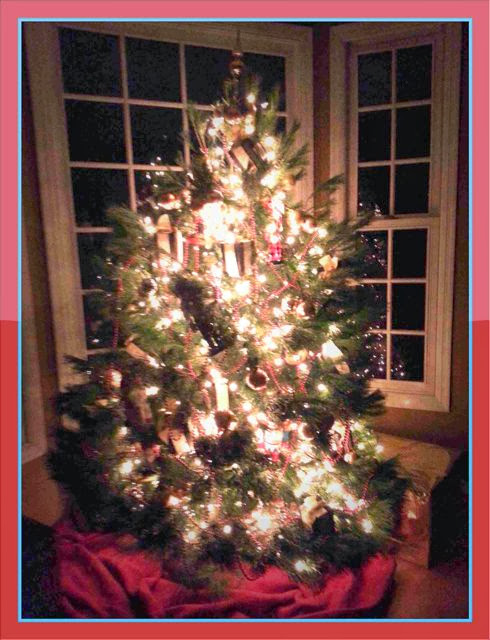 HMMMM…..I decided that this year I would SHOW HIM!
Now…He has a whole collection of Nutcrackers that I have given him through the years….
When he moved into his own house….
I made him take all the “good” (expensive) ones for his own decor!
That left me with the ones that are LESS than GOOD!
HMMMMM…..what to do? 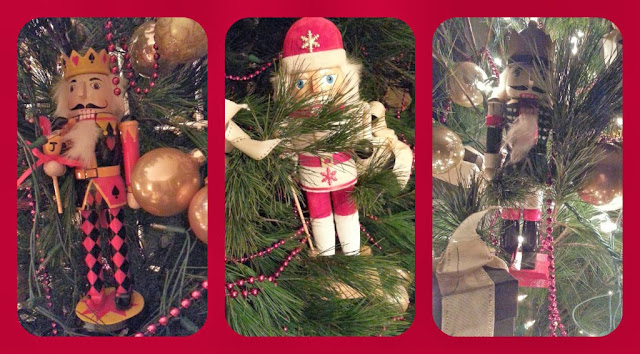 One of the things we learned from the designers at the charity tree festival
was that big items on a tree have a WOW factor….
Nutcrackers are big items….so I decided to use them!
Now….wiring those babies into the branches was a bit of a challenge…
and of course Mr. S had a LOT of advice and warning about tipping over the tree!
I did it ANYWAY….and I love the way it looks! 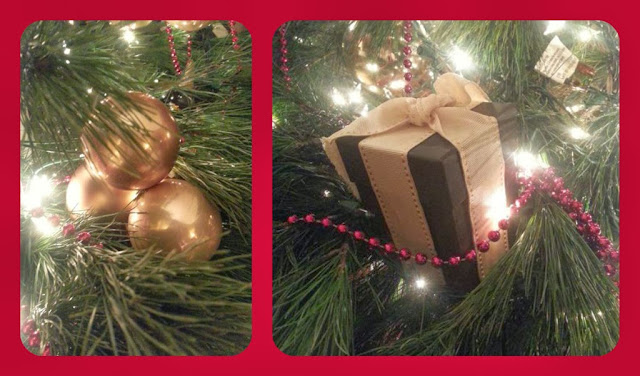 Then….I had these plain black gift boxes that I salvaged from the teacher lunchroom at school when we were cleaning it out….I had some off white ribbon to tie on them all (24 in all) and some clusters of gold ornaments were another element!

Last week I scored a bag of red beads at GoodWill….yards and yards and yards of them for $5!  These are draped as a garland all through the branches….

So there you have it….a rare “themed” tree at Sweetwater!
I have to admit…the Sweetwater Son had a point….I actually LIKE this tree!
And…it hasn’t tipped over…..YET! 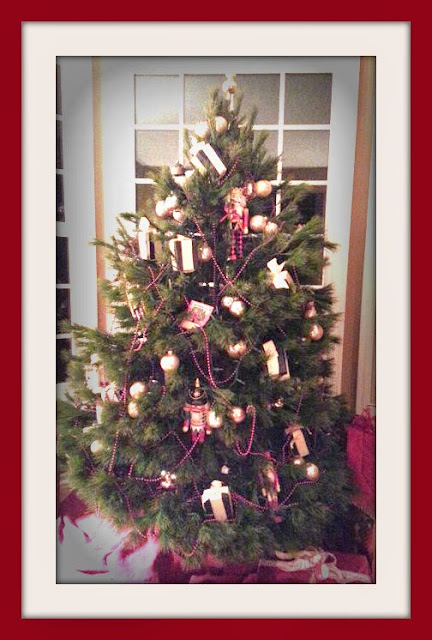