Like many of you, this is a three day weekend for me because Monday is Martin Luther King Day!
Hurrah,,,,
Who doesn’t like an extra vacation day?
In honor of the life and vision of Dr. Martin Luther King Jr., I have put together a list of some wonderful Children’s books to read with your kids.

These books are a great way for you to start “Courageous Conversations” about the struggle in our nation surrounding Civil Rights! 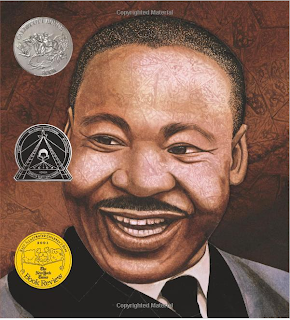 Martin’s Big Words by Doreen Rappaport
This gorgeous book is a great starting point.  The book shows Martin as a child and then as he grows up to   and preach about love and acceptance. Following this are small looks at the 1955 Montgomery bus boycott, civil rights marches, and his 1964 Nobel Peace Prize. Finally, while marching with striking garbage collectors (a fact not often mentioned in children’s biographies of King), he was shot and killed. Says the book at the end, “His big words are alive for us today”.
Simple and powerful! 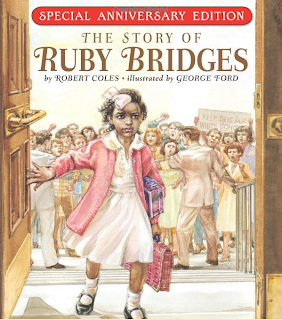 The Story of Ruby Bridges by Robert Coles

Through My Eyes by Ruby Bridges

This is a nicely done history of the familiar story of the brave little girl who was the first black student in a New Orleans school in 1960.
Our kids will find it amazing that there was such anger about desegregation at that time…but never the less…this is an important story. 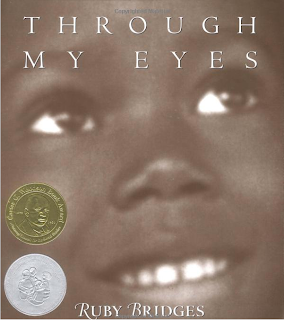 Read Ruby Bridges’ own words to truly feel what it might have been like to be this brave little girl!

The best history is always told in the words of the people who lived it. 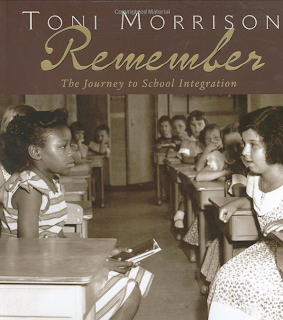 The photos in this book are truly amazing!  Morrison has captured with photos and fictionalized words of what it was like to be a child during the upheaval of school desegregation. 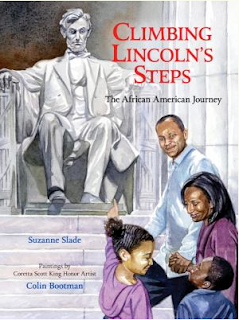 This book is a nice timeline of the story of Civil Rights in America. It begins with Lincoln’s signing of the Emancipation and ends  with the visit to the Lincoln Memorial by President Obama and his family….truly an amazing journey!  There are nice short biographies of important black leaders included.

The books above are great non-fiction.
But it is the stories that truly make for “courageous conversation”! 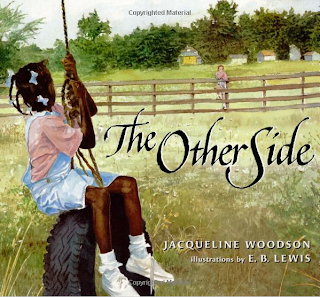 The Other Side by Jacqueline Woodson

This is a simple story of two little girls who ignore the “rules” crossing the fence that segregates their African-American side of town from the white side. They get around the grown-ups’ rules by sitting on top of the fence together and becoming friends. 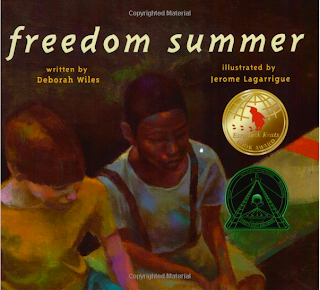 It is 1964….Mississippi….2 boys…one black…one white!
The boys swim together at the creek, rather than at the whites-only town pool,  so when new laws mandate that the pool, and everything else, must desegregate, the boys rejoice.  But then the town fills the pool with tar in protest and the boys try to understand.   The illustrations in the book are extremely well done! 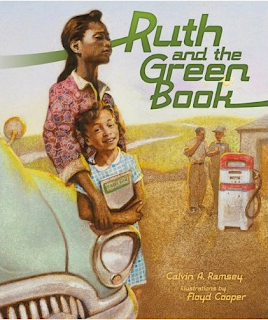 Ruth and the Green Book by Calvin Alexander Ramsey

I never knew about “The Green Book” until I read this little picture book.  This story is about a family driving from Chicago to Grandma’s house in Alabama and the bitter realities of segregation. They have to sleep in the car because they are turned away from hotels. Then they are welcomed at an Esso station, where they get a copy of the pamphlet called The Negro Motorist Green Book, which lists places where black people are welcome. There is a nice historical end piece about the Green Book as well. 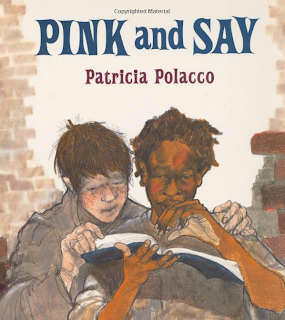 Pink and Say by Patricia Polacco

I probably can’t ever do a book list without a Patricia Polacco book.

Say Curtis describes his meeting with Pinkus Aylee, a black soldier, during the Civil War, and their capture by Southern troops. This is a compelling tale filled with the realities of war.  It would be best for kids older than 9.  I never get through this without a few tears! What makes it even more interesting…it is based on a true story about the author’s great-great-grandfather.

I hope you enjoy your long weekend….and that you take some time for some “Courageous Conversations” to celebrate Dr. Martin Luther King Jr.’s Dream!