Seems that everywhere you look there are Thanksgiving displays featuring Cornucopias…..

WhenThe Sweetwater Daughter needed to make a Silent Auction donation….she decided a Cornucopia would be perfect!

She let me help her put it together….

wait until you see it!

But….you know me….I had to do a little research….and then share it with you….
It’s a librarian thing!!!

“Cornucopias have a surprisingly rich history, going all the way back to 5th century BC. The mouthful of a name derives from two Latin words: “cornu,” meaning horn and “copia,” meaning plenty. That’s why cornucopia and horn of plenty are often used interchangeably; we prefer cornucopia because it’s just plain fun to say.
Originally, the cornucopia was made of a real goat’s horn and filled with fruits and grains and placed in the center of the table. So, what’s with the goat’s horn? Well, the Greek legend states that Zeus, the Father of Gods and men, had to be banished to a cave so his cannibal father didn’t eat him. While hiding out in the cave, a goat named Amalthea watched over Zeus and as she was nursing him, he accidentally pulled off her horn. Zeus promised that the horn would always bring her what she wanted and from then on, it represented endless bounty. 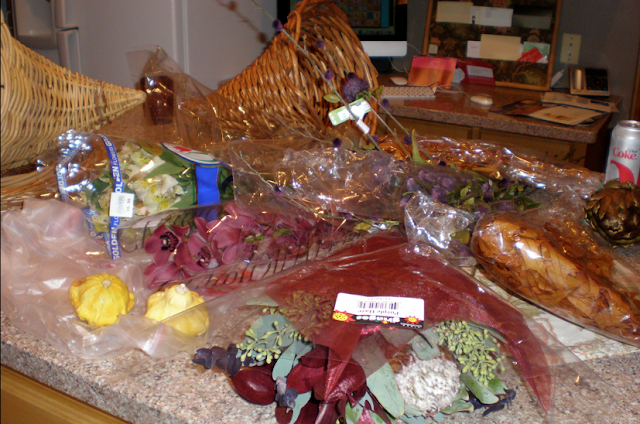 Notice the two different wicker cornucopias…..the lighter colored one I have had for years.
The darker one was scored at Bonne Volonté for $7.

The Sweetwater Daughter brought her treasures….fresh greens, some artichokes she dried in the oven, some orchids and dried florals and leaves. 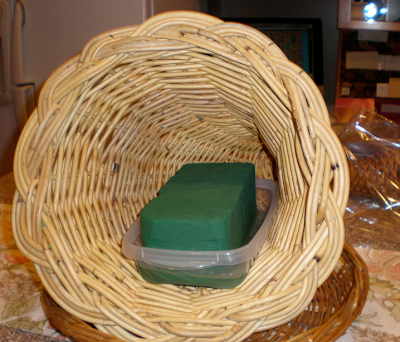 The plan was to use the new basket…..

But the plastic container with the floral foam “settled” in better in this one.

The idea was to have the whole thing sitting on a tray with leaves around it…..more about that later. 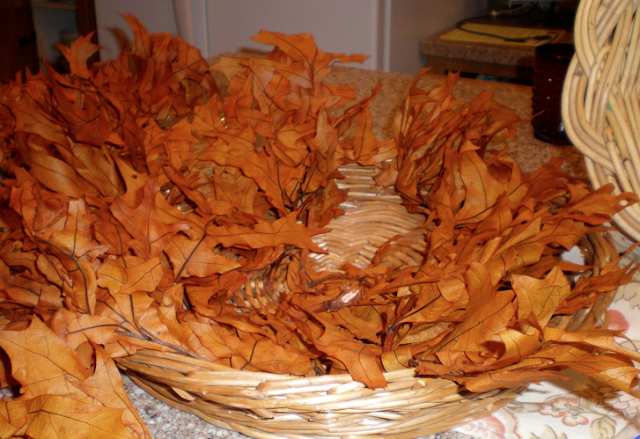 Then we started the arranging……clipping and sticking Oh My! 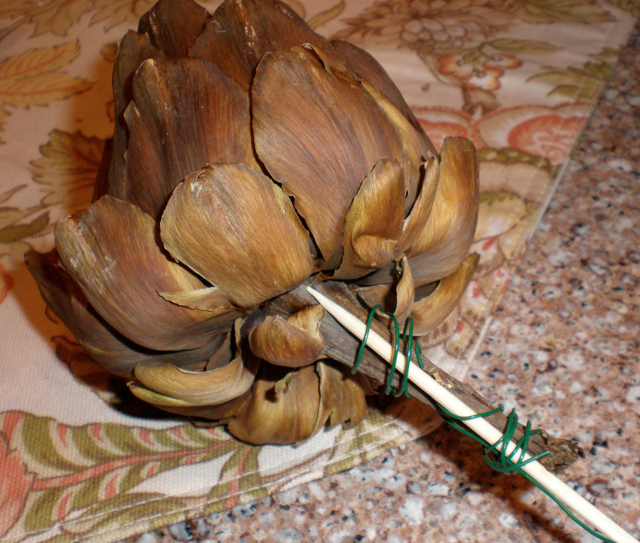 By wiring the dried artichokes to bamboo skewers, we were able to place them securely in the arrangement. The arrangement looked great….but the “bed of leaves” looked messy, so we eliminated it! 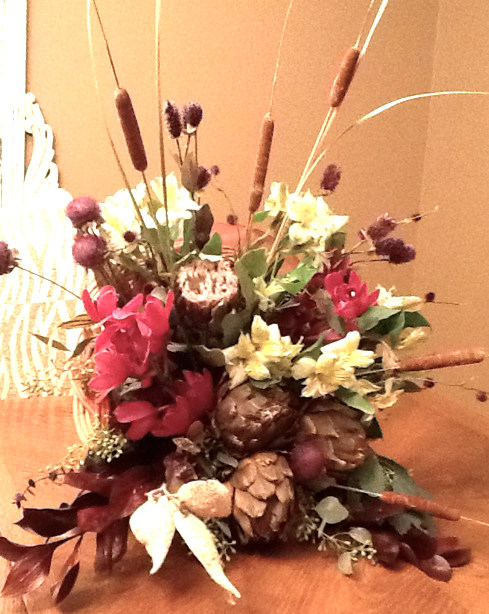 The last perfect touch were the cattails left over from the fall planter project!
They added a nice element of height and dimension…..
amazing that they still look good after almost 2 months.
This photo gives you the full effect….front and back! 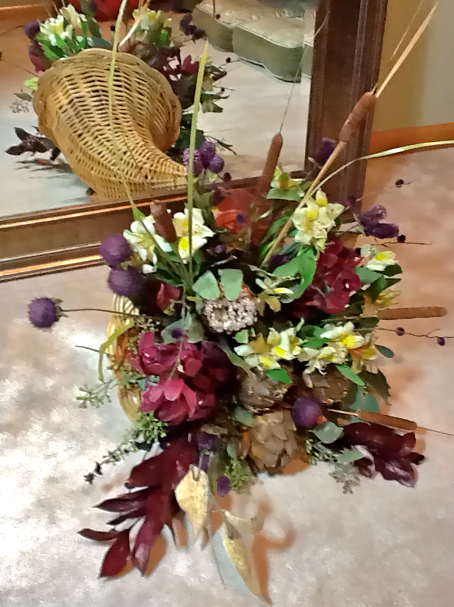 Pretty Awesome….and we had lots of fun working together!
Now on to that “other” cornucopia…. 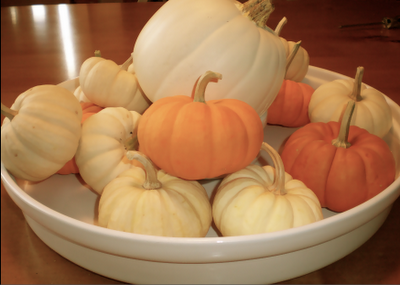 I added a pie pumpkin….that will never be “PIE” ….
Some Indian Corn, bittersweet and artificial leaves from the “fall stash”
Plopped everthing on a large wicker tray (another GW find)…. 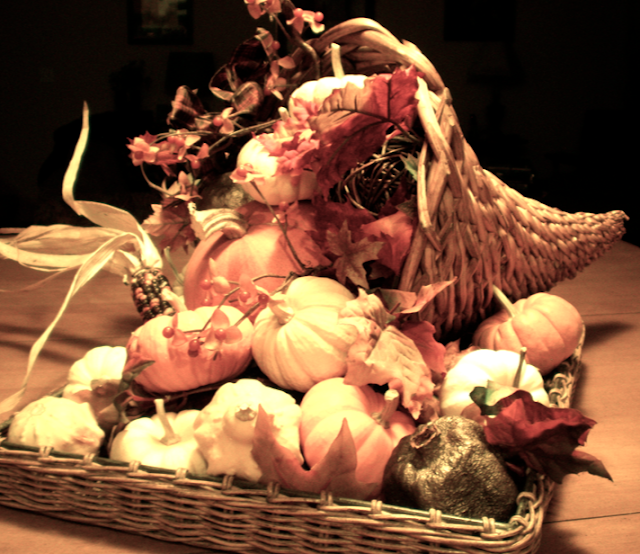 And there you have it…..an arrangement that can easily move from one table to another!
Now I bet you “plenty” of info on Horns of Plenty!
Have a Great Day!