SIX more inches of snow and a record low temp this morning!
Seriously?!
I tried to ignore the weather on Thursday…..wore white jeans and cute canvas wedges….
Ended up scraping snow off the car, wearing those shoes….making it feel like I was walking through the snow in almost bare feet!
Oh welll
At least the deck planters are happily basking in the greenhouse at Holaseks! 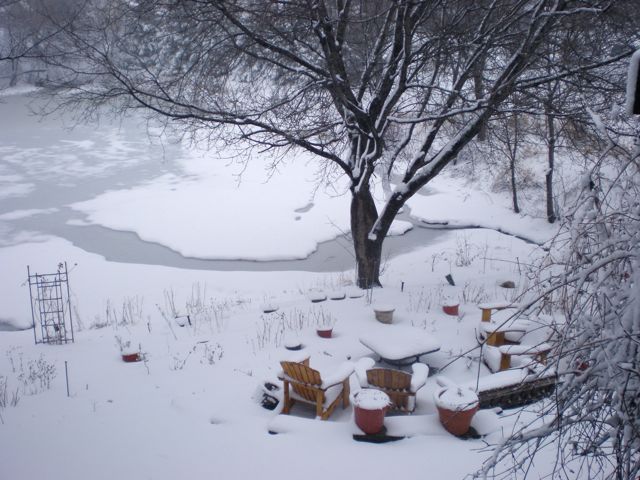 Makes me wonder about GLOBAL WARMING!!!

Since there doesn’t seem to be much chance that we will see the green grass this April….

I decided to take a quick trip down memory lane and dream about what I was doing in the garden LAST year!!

This is a recap of a post I did on APRIL 10th last year!!!
It includes a thrifty trick I came up with for filling my pots before the annuals are on sale!

LAST YEAR:
We had record warm weather  in March….all the perennials in the garden started to come up and there is a lot of green in the garden.

THIS YEAR:  Only the hardiest of the pachysandra is even hinting at green 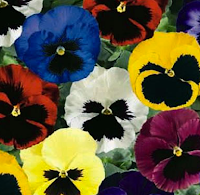 I didn’t need to even buy pansies for the front entry because when we got back from Mexico on the first of April….the tulips and daffodils were in bloom and the gardens were full of green.

It just didn’t feel like I needed to buy anything…
and yet the planters were certainly looking “naked”…. 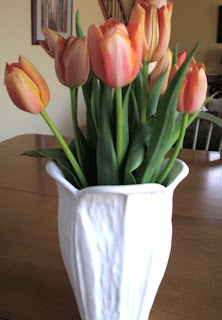 THIS YEAR:
The planters are not “NAKED” they are still FILLED WITH SNOW!
and since even pansies wouldn’t survive the cold…..Mr. S has had to keep Sweetwater filled with flowers from the grocery store! 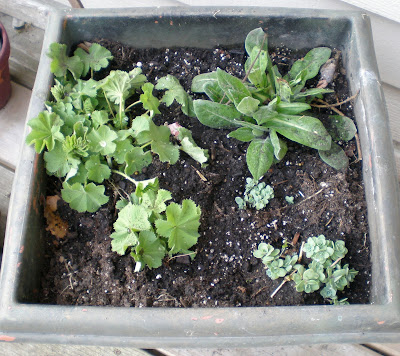 Centurian
(I think that is the name) 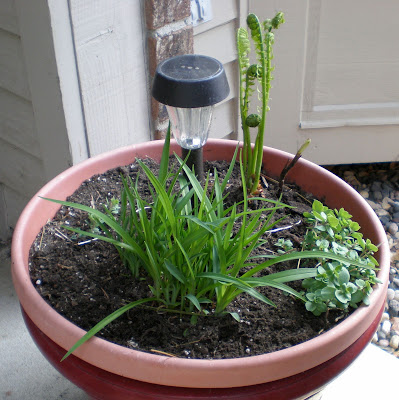 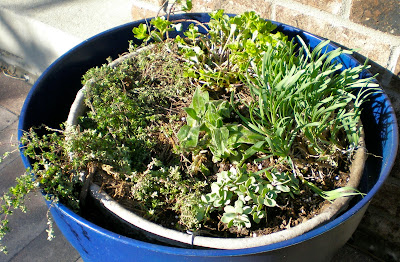 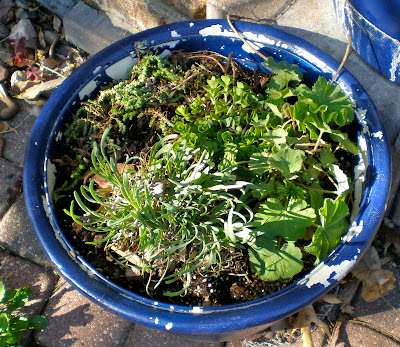 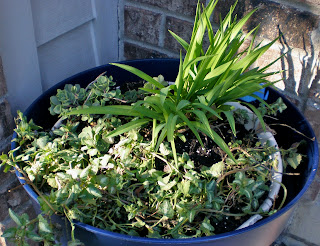 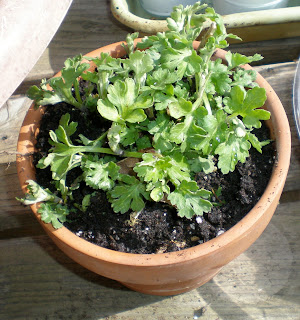 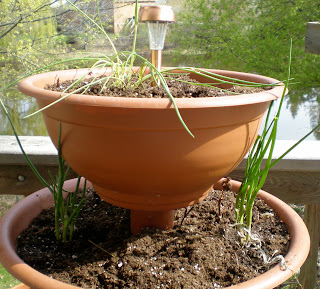 Onions and Chives added to the pot that the lettuce seeds are planted in. 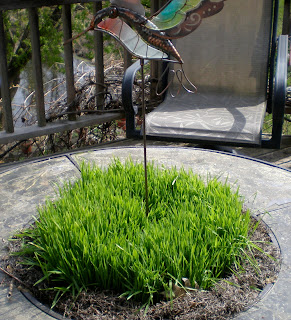 A nice crop of wheat grass growing on the deck.
This didn’t cost me a dime!
and
I’m just thinking that this is truly
“Sweetwater Style”! 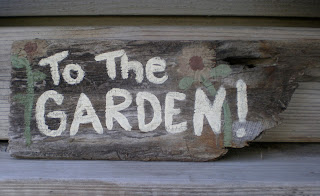 I am off for some retail therapy with the Sweetwater Daughter!!!
Here’s hoping you are smart enough NOT to live in the frozen tundra that is Minnesota and you can get out in your yard for some gardening therapy!