I have been bugging the Sweetwater Daughter to share her darling Pallet Garden planted with succulents….
So I was thrilled to get an email from her with Pictures and Post….Enjoy! 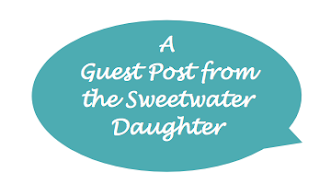 Sweetwater daughter here… I wanted to share with you my mini pallet garden. I’ve been seeing so many vertical gardens and DIY pallet ideas on Pinterest, that I wanted to try one.

Mr. S, or Sweetwater Dad to me, found a mini pallet for me at his work.  It is only about 2 feet by 3 feet and not your typical giant pallet. 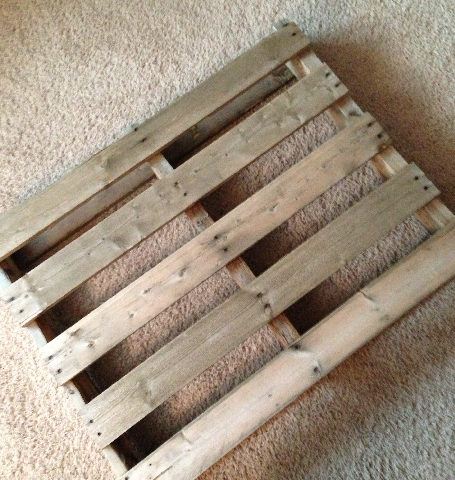 I started my pallet garden, by turning it over and covering the back with a heavy-duty black garbage bag.

This included wrapping the bag around the bottom of one end.
Pallets are made to go on fork lifts so they have two open ends.
One end would be on the top, but the other one needed to be covered so dirt wouldn’t fall out the bottom.

I read lots of different instructions.  Most said to use landscaping fabric, but I didn’t want to buy a whole roll of it for one mini garden.

The garbage bag  worked perfect.
I stretched and stapled down the garbage bag with a ton of staples– The goal being to make it difficult for dirt to escape.  I made sure the bag was as tight as possible since I knew the dirt would push against it once I was vertical. 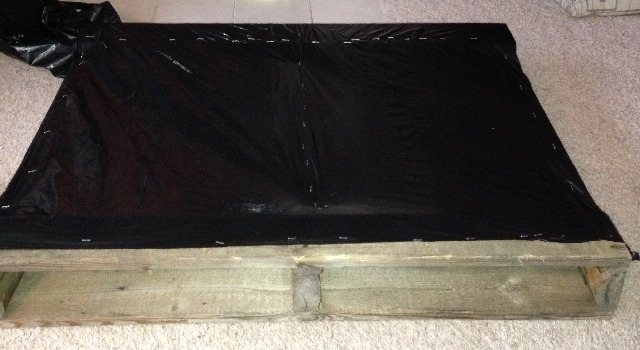 I was going to lean my garden instead of hang it
(it weighs about 40 lbs, so hanging might not have been a realistic option anyway).

I used some pretty fabric that I had left over to cover up the ugly garbage bag.

Again, I stapled and stapled away.
I actually think you may need this step if you are going to use a garbage bag instead of landscaping fabric.
I think the bag could stretch against the weight of the dirt.
The fabric prevents that from happening. 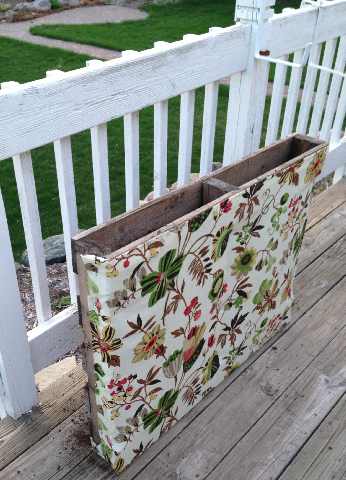 I took a trip to Tonkadale Nursery, a favorite of the Sweetwater Mom and Me!

I spent about $30 on succulents in larger containers because I figured I could break them down into two or three pieces.

I tried to mix it up with a variety of plants like chicks and hens along with some more step-able style plants that would carpet the space in between the slats. 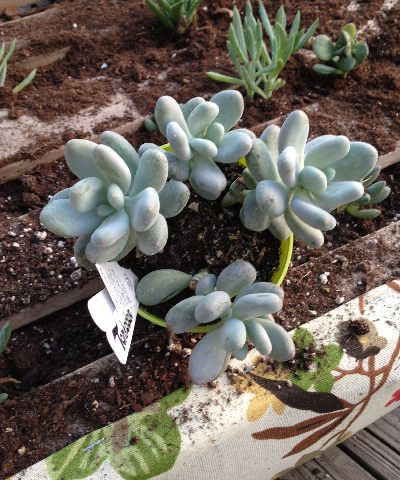 I poured dirt into the holes before planting (duh). 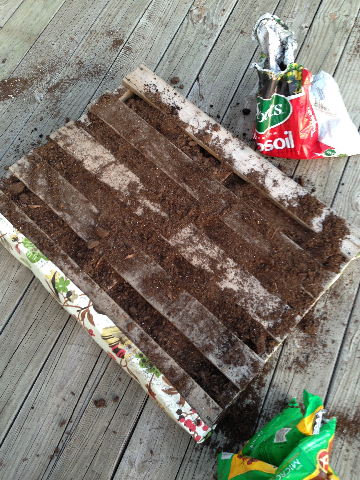 One tip here: I realized that when I held up the garden,  the dirt would settle downward.

Since the top is open when the pallet is laying on its side, dirt would fall out of the top.

To accommodate this, I initially only planted the top three rows. I couldn’t get enough dirt to stay in near the top.

I also tried to push down the dirt to take as much air out as possible.  That seemed to be important.

A couple of tips that I didn’t follow, because even though I don’t live at Sweetwater anymore, I still take some of the short-cuts that make Sweetwater Style so sweet:

(1) I have seen vertical gardens where they lined the top of the garden with chicken wire to have a place to stick in the plants.  I didn’t think that I needed this for my pallet because it has the pallet rows, but it might have helped hold in the baby plants for the first couple weeks
(2) lots of the tutorials say you are supposed to keep your garden horizontal for two weeks to let the plants root (I am my mother’s daughter and have no patience for waiting when it comes to projects). I did not follow this tip and it seems to have worked out. 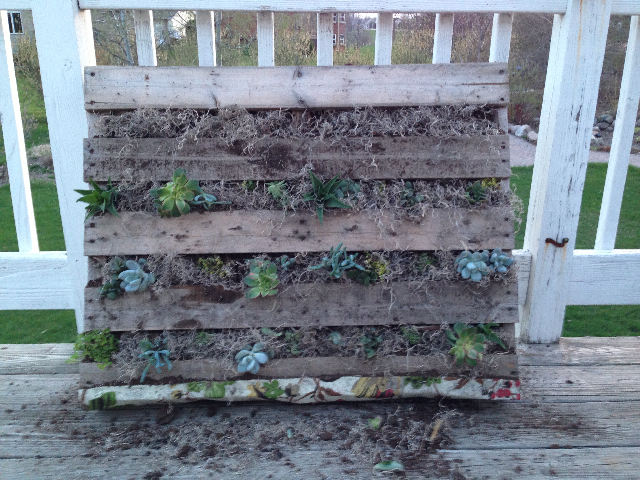 Here you can see the garden right after planting.

Looks awesome, but maybe a little sparse.  I filled in some of the spaces with sphagnum moss (a Sweetwater project go to) to keep the dirt from falling out and to make it look prettier.

For the first few days, I did a little garden tending by pushing the plants in a little as the garden settled.

A couple of weeks later, the dirt had settled and the plants were rooted enough for me to pour in more dirt and plant the top row and the top of the planter.

I chose some chocolate mint and thyme to add some trailing dimension to the top row. 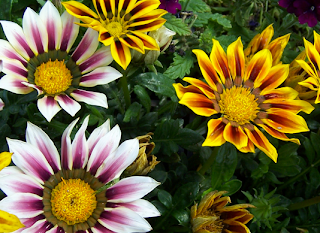 Right now I have Ganzania planted on the top.  It might be a mistake because I think it needs more water than the dry loving succulents, so they might be switched out in a week or so for something like sedum. 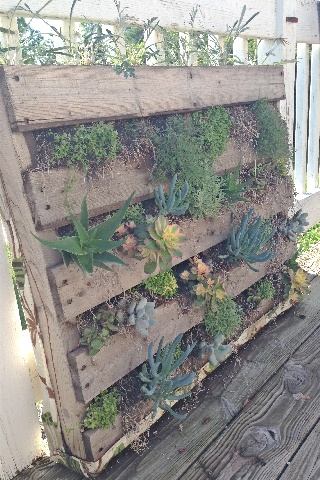 All in all, a successful project.   The plants are growing like crazy, even though they are being naturally over watered by our Seattle like Minnesota weather.  But, ultimately a very low maintenance project with a big impact.

WOW!  That is impressive….Thanks for guest posting Sweetwater Daughter!!

Maybe Mr. S will find me a nice little pallet so I can copy this!

Have A Great Day Everyone!

0 comments on “Pallet Garden Tutorial from the Sweetwater Daughter”