Minnesota has been “blessed”??? with a lot of rain this summer.
That is good news for the big planters at Sweetwater.
Do you remember way back in May… 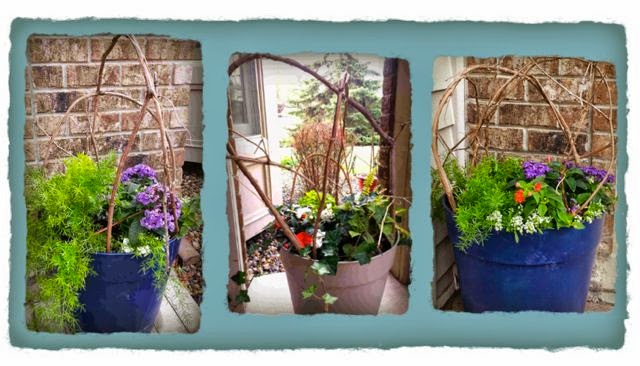 Well…What a difference after three months of rain and fertilizer! 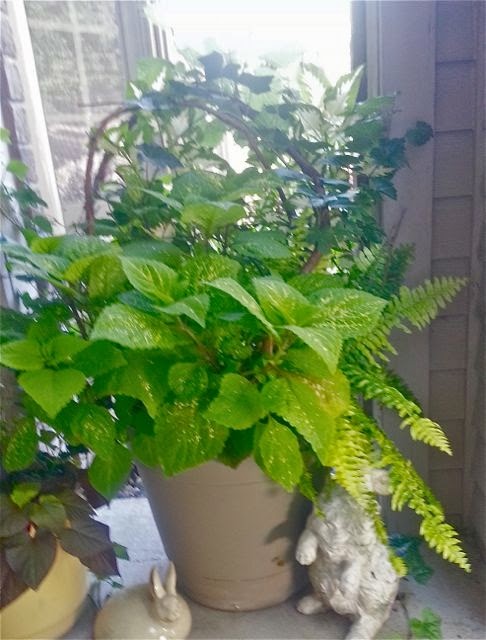 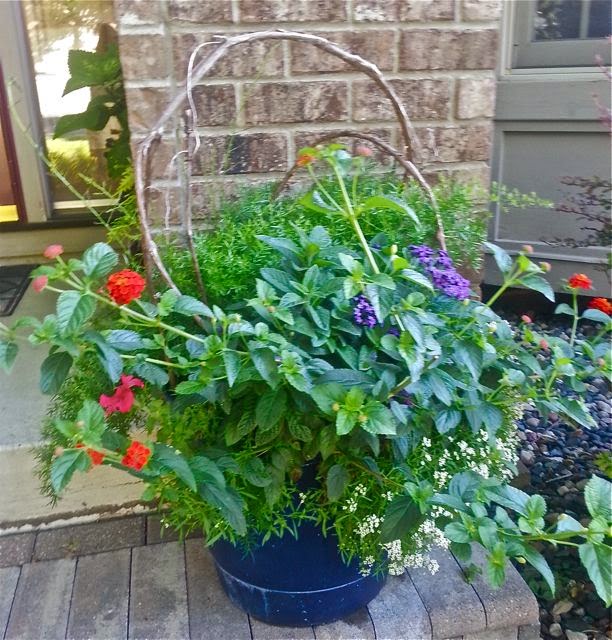 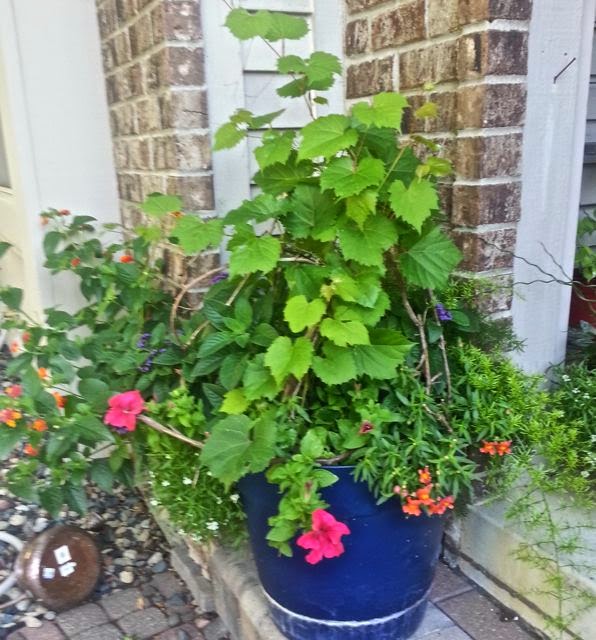 These planters have really done well! 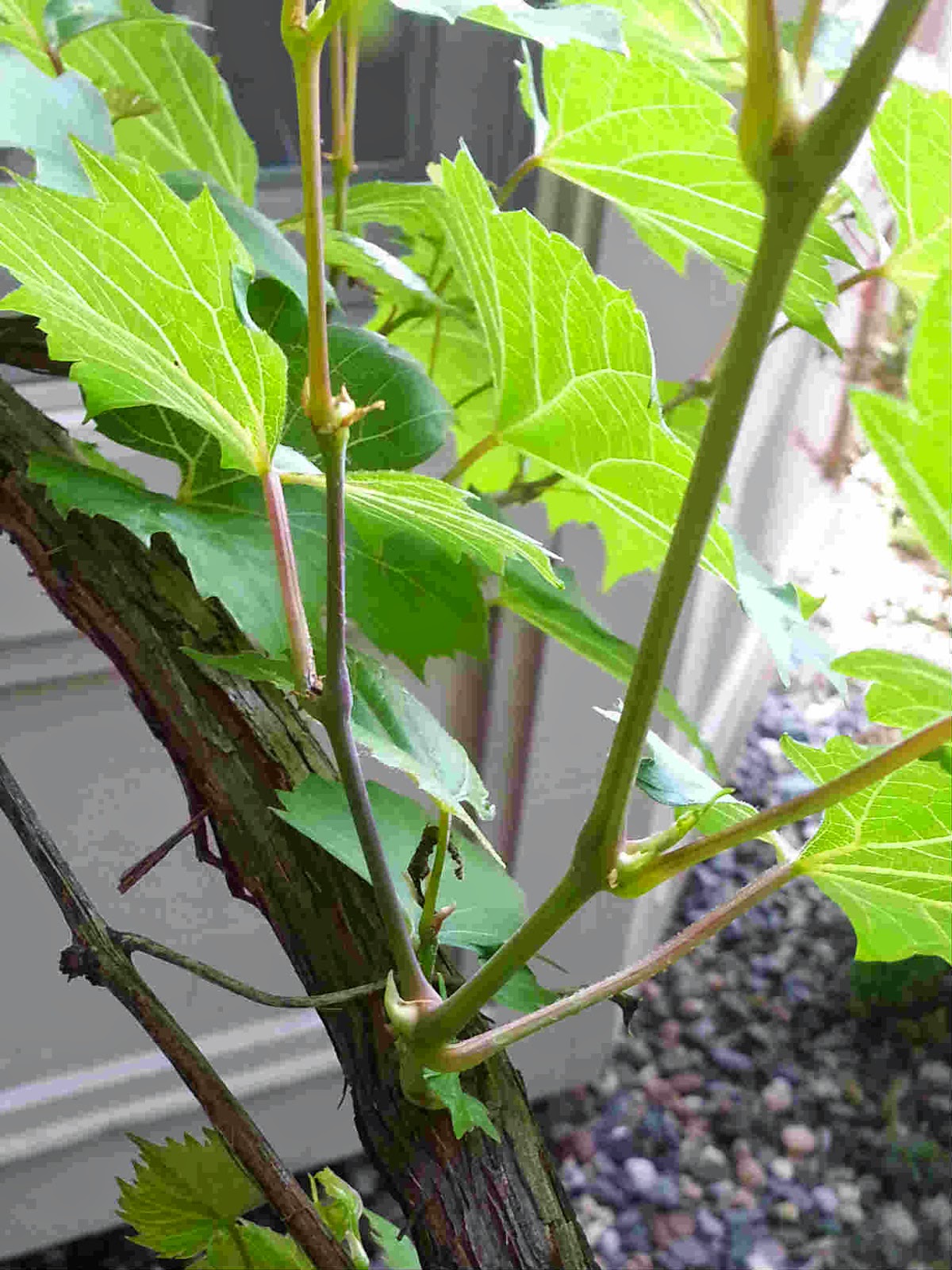 Notice  that the grapevine that I put into the planters as an accent is actually growing!

Who would have thought?!

Maybe I will be able to make some wine!!!

Here are the way the big planters by the firepit looked in June.
The sedum was in full bloom and the Fountain Grass was pretty small.
The Celosia was just getting started. 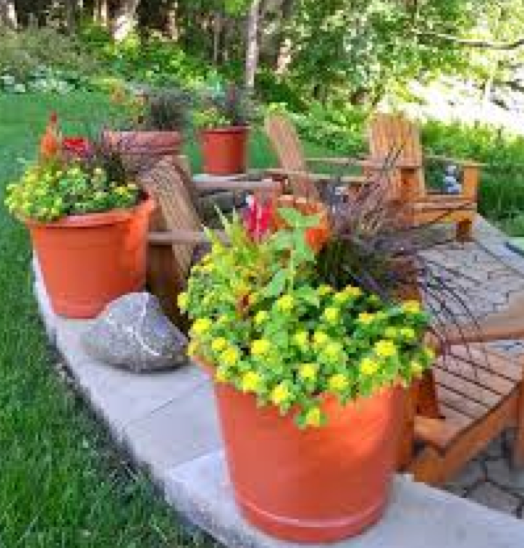 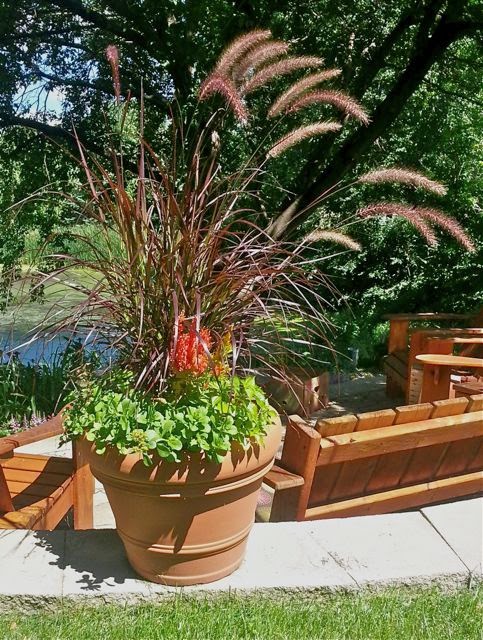 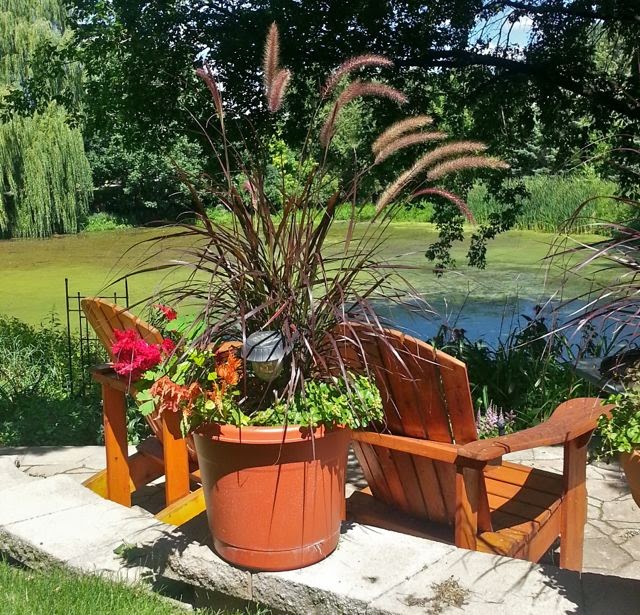 Now the Fountain Grass has become the “star”!  The Celosia is growing as a bright accent.
The Fountain Grass will stay looking nice all through the fall. It will make a nice backdrop for our evenings around the fire throughout the fall!
Now for my Public Service announcement!
Say What?
Say what does that have to do with how the Sweetwater Planters grow?
Of course there is a Sweetwater Story to go with the Public Service Announcement!
And….it does have to do with Planters! 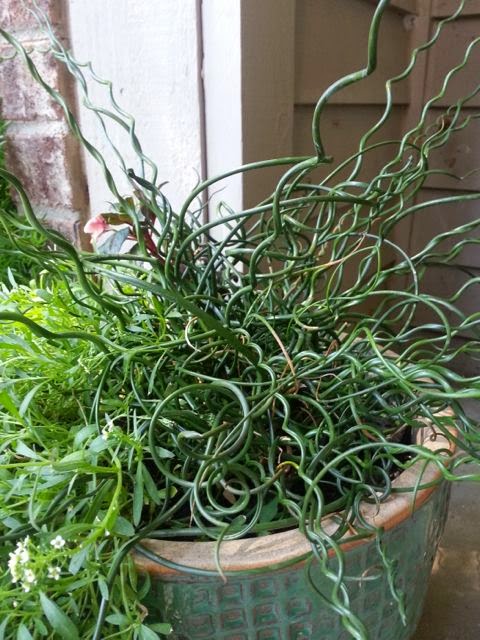 I bought this cool looking plant early this spring.
I figured those curly cue spikes would look great in my floral arrangements!
The plant is called: Curly Wurly ( Juncus effuses)but is actually a corkscrew rush!
So far so good…..right?
Well NOT SO MUCH!
After I added this to a couple of flower arrangements, Mr. S reported that there was something pretty nasty going on in the cat litter box!!! (For you NON-CAT people…this is probably TMI and I apologize)
After doing a little research, I discovered that there is some evidence that this plant may be toxic to mammals!  Let’s just say that at Sweetwater there was a lot of evidence that this plant IS toxic to our feline mammals!
Now this pretty plant sits on the front steps away from the cats.  I suppose I could use it in arrangements that are going to a “mammal” free spot!
I spent a few hours weeding the rest of the gardens yesterday.  All the rain makes those weeds grow almost faster than the flowers.  Hopefully, I will find another couple of hours today!
How does YOUR garden grow?  I would love to hear what your August gardening plans are….maybe it will keep ME motivated!!!
Have A Wonderful Day!