There is a very good reason that my posts have been so few and far between these last few weeks!
Mr. S and I have been traveling since October 4th!
I hate posting for the world to see that only Marvin and Maxine are home to “guard” Sweetwater! 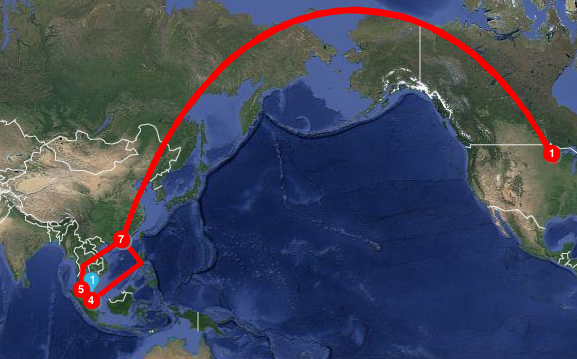 We have spent the last 20 days traveling to 5 locations in Asia.
Hong Kong
Manila
Singapore
Penang
Bangkok
Oh MY! 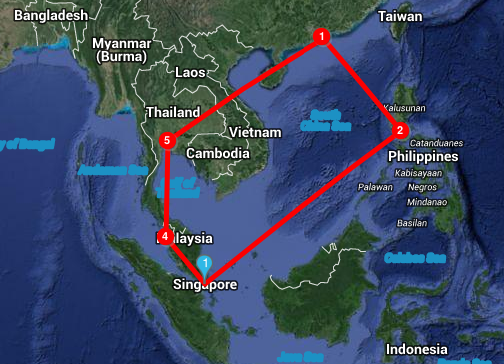 Now….I won’t bore you with the details other than to show you just a few of the hundreds of photos we took along the way….. 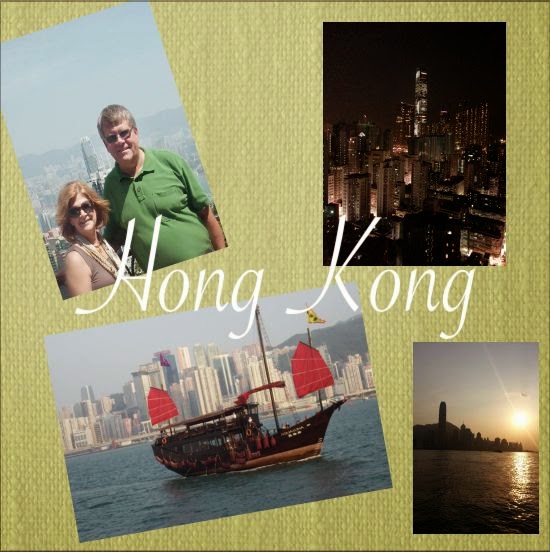 Our Hotel had an amazing roof top bar with a view of the city!

We learned to navigate the city by subway…..

The Temple Street Night Market, viewing the city from Victoria Peak, and a Harbor Tour were highlights for us in this city. 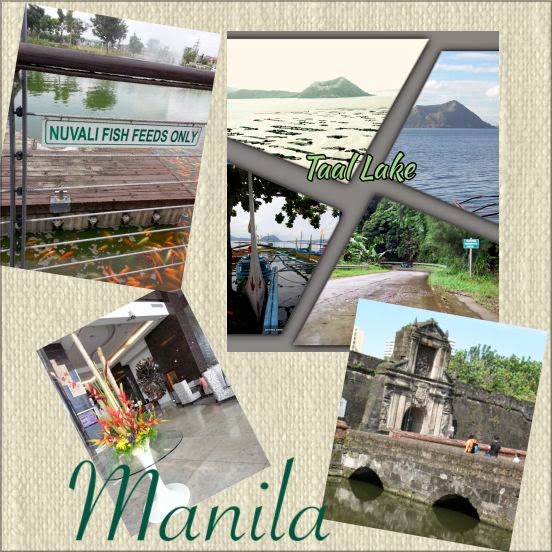 On to Manila….where we stayed in a Hotel in the Alabang Area.

The Hotel buffets were amazing….so we spent our time exploring the city and the countryside only to return to the hotel for dinner. 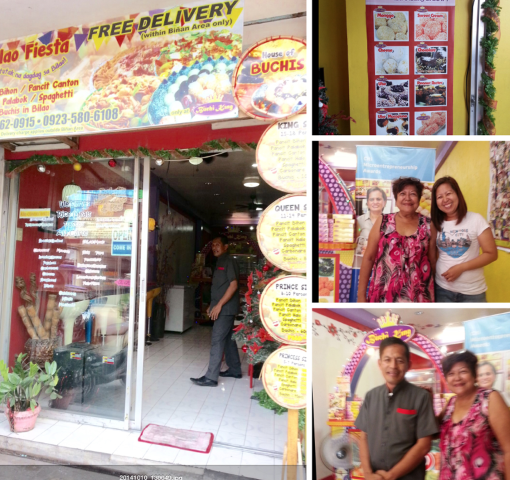 A trip down to the Taal Lake Volcano and an The old fort in the city were interesting….

We learned that if you talk to your driver….he will take you to his business and treat you to the famous “Buchi” and lunch in his restaurant! 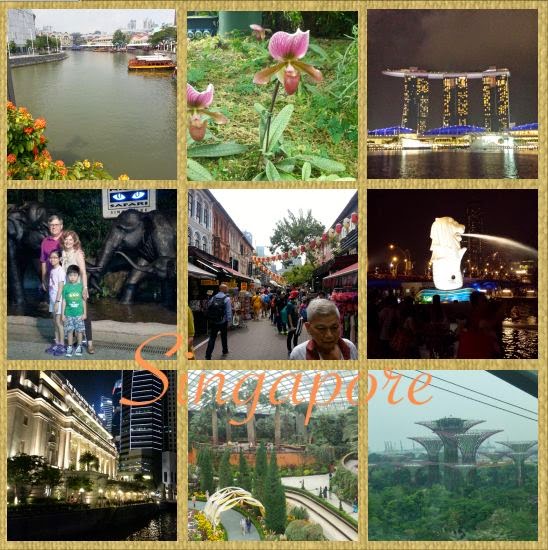 What an amazing city!  Again we used the subway.  Public transportation in these cities is so organized and easy to use.  The $15US tourist pass gave us access to the entire city for 3 days!

We learned that going to the zoo for the Night Safari with 2 kids who live in Singapore makes the experience a whole lot richer!

We learned that drinking a Singapore Sling in the bar where the drink was invented might be expensive…..but a great memory! 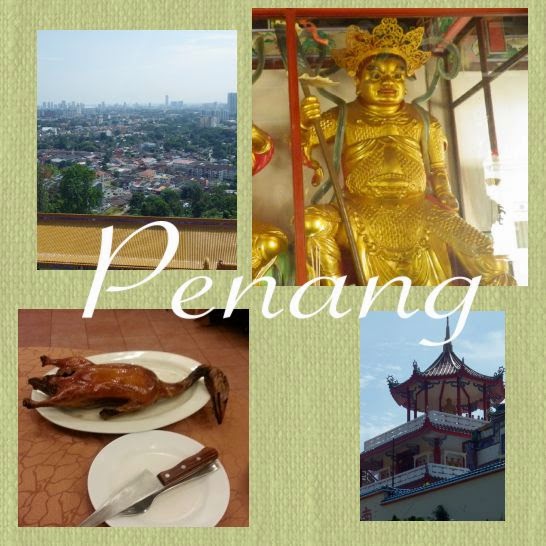 In Penang….I learned what “heat and humidity” really mean….
Touring the temples and old houses was incredibly interesting.
Then on to a spice forest and a batik factory!
Mr. S does a lot of business in Penang….so we had a “tour guide” not to be beat.
We ate food in “Hawker” stands and in fancy restaurants.
We learned that a $6US lunch could taste every bit as good as one that costs 4 times as much!
I learned to carry my own napkins…AND toilet paper! 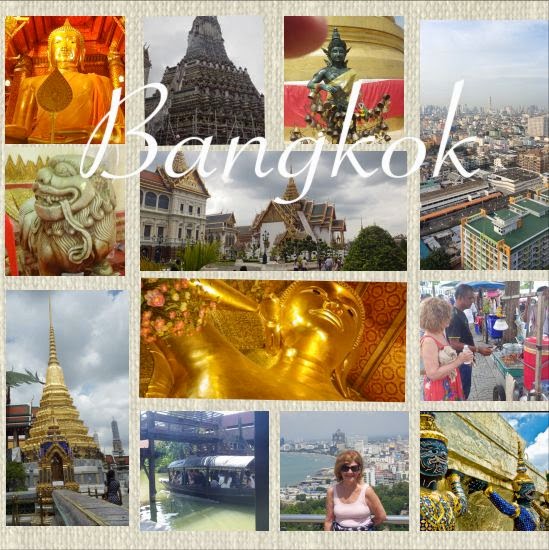 Final stop….Bangkok!
We learned that in Bangkok….old means centuries and centuries old!
Our driver is a longtime friend of Mr. S!  He took us to temples and the palace!
I road a TUK TUK (a scooter taxi) and a ferry!
We visited the floating market….and the biggest “flea market” I have ever seen….only to go to the “fanciest” Mall with every name designer you could think of the next day!
I learned that after a day of trudging up step after step to view the sights….an hour long foot and leg massage is priceless!
I could go on and on and on…..but I know how boring that would be for you….I am going to put together a longer version of our travels just for us….but hopefully you see that this was a pretty amazing way to spend 3 weeks!
Now….back to the “real” world for Mr. S and I!
We are getting ready to have the wood floors in the house refinished….we have to pack up and move to my Mom’s for 4 days….
I am not looking forward to living out of a suitcase again….but this time Marvin and Maxine get to travel with us!  HMMMMM….wonder how THAT will go!
And…I promise to get back to regularly posting once again!
Have A Great Day!