“Let’s Put on a Show!”
That is exactly what happens at Park Spanish Immersion School every year! 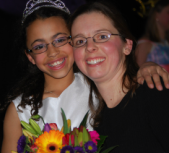 Under the direction of an amazing educator (and one of my favorite friends)….over 50 kids work together to stage a musical production!
This is no small feat!  The script and music needs to be written IN SPANISH!  Funny…there aren’t too many ready made Spanish scripts out there….so they have to be translated!
Kim works hard to create a production that includes as many children as possible!
The many volunteers who work on scenery, props and costumes are pretty amazing!
Since there isn’t a lot of money in the budget….everyone needs to be “pretty creative” to find inexpensive ways to make this happen! 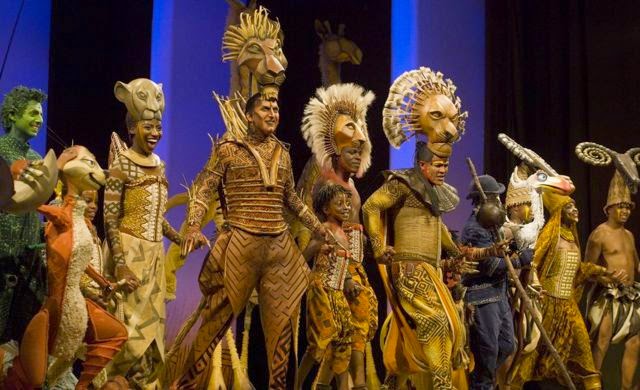 I had the pleasure of helping with costumes this year!
We had the idea to do headpieces reminiscent of The Lion King!
Obviously the budget meant that the headpieces would not be this elaborate….
And….the whole idea is that the kids get involved in making and doing a lot of the work themselves!
The framework for the each headpiece was a “crown” made with strips of mat board!
Once that was done…..it was just a matter of making each look like an animal….that was the creative part!
The basic supplies were pretty simple….lots of duct tape, feathers, fabric and a glue gun were used in a variety of ways! 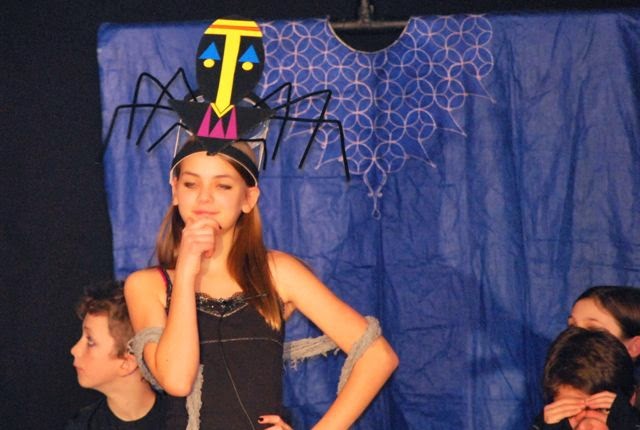 Here is “Anansi” the Spider!

Foam core board, pipe cleaners and duct tape were put together for this amazing effect! 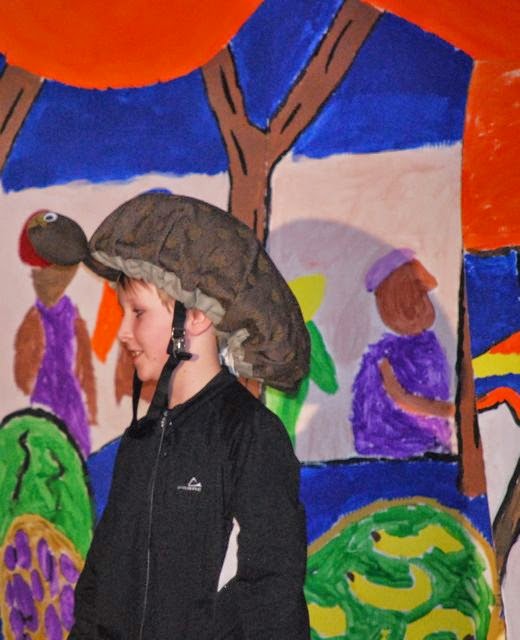 The turtle was created using a circle of fabric gathered around a child sized Fireman’s hat!

The stuffed toe of an ordinary sock was perfect for the turtle’s head….once the “google eyes” were added! 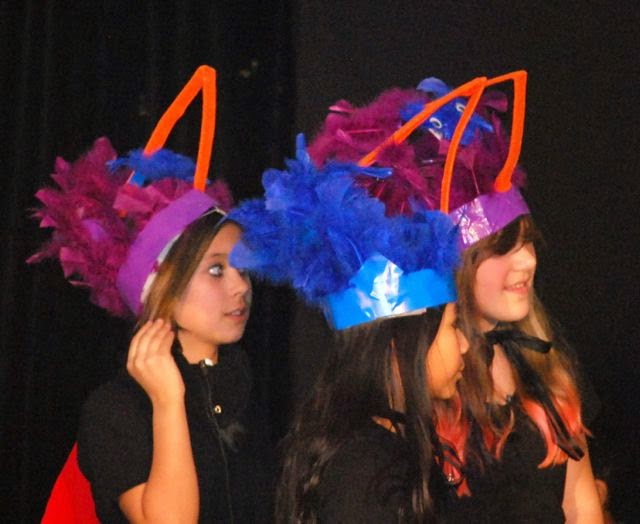 The crowns for these birds were covered in colored duct tape and feathers!  Orange felt glued to the beaks finished the effect! 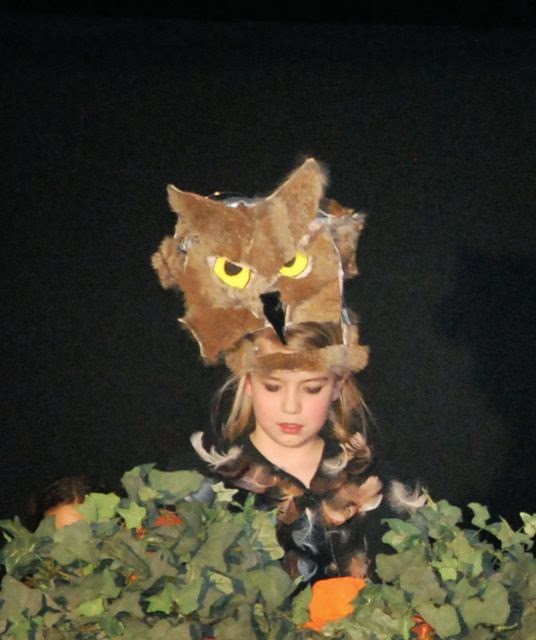 Fur glued to a foam core shape adds the look of feathers for the owl!
Gray fleece wrapped around wire shapes for Elephant ears worked well….the trunk is pipe insulation with more fleece! 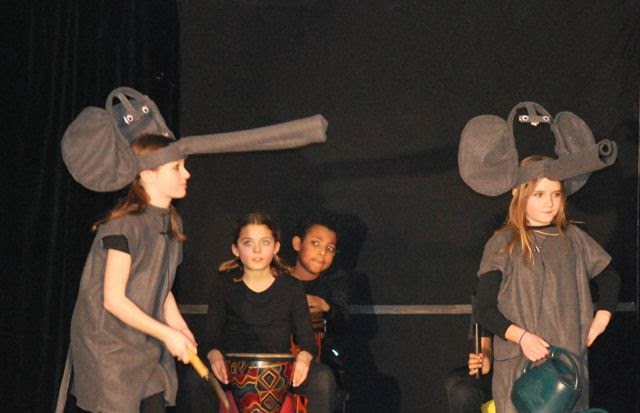 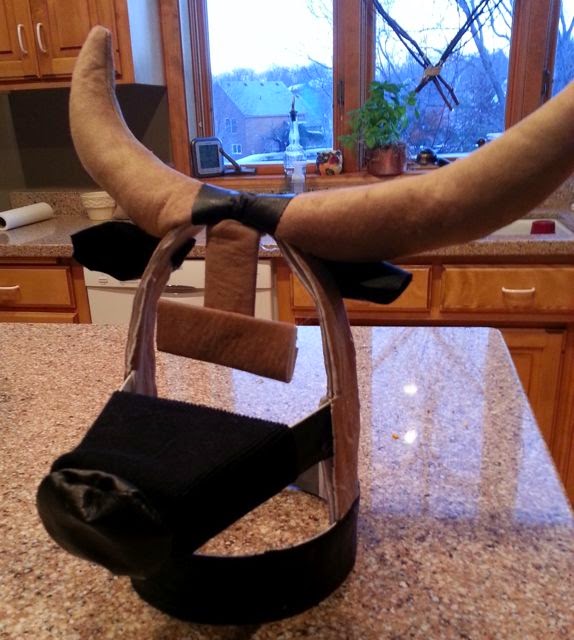 The first “Bull” headpiece that we made was less than successful!
In fact….it was pretty darn lame!
When the boy who played this part tried it on….I could see that he was pretty disappointed!
But….he didn’t say a word….just smiled…no complaining!
His attitude inspired me to go home and come up with something better!
His genuine appreciation for the new and improved headpiece was very gratifying!
Monkeys and Rabbits and Pigs….OH MY!

Working on the project was so much fun!  Watching the natural problem solving creativity of these kids was pretty awe inspiring!

Some of the volunteer helpers are PSI Alumni….teenagers willing to give time out of thier busy lives to get involved!  Watching them interact with the adult volunteers and the younger students is “youth empowerment” in action!

The musicians are also PSI Alumni…who play their own original compositions for the performance!

While the “Anasi” Drama Performance was amazing…..the real amazing part of the whole thing is the community building that happened in the process!

Educators are always talking about “Performance Assessment”!  In its simplest terms, a performance assessment is one which requires students to demonstrate that
they have mastered specific skills and competencies by performing or producing something!

I would have to say that this production is the true definition of that!

If you are interested in reading more about the PSI Drama Club, check out this link!

Have a Wonderful Day!