I was thinking that  I haven’t been very crafty around Sweetwater lately!

Actually…my crafty skills have been busy helping design and create costumes for a Drama Performance at my old school. The costumes are amazing and fun head pieces instead of full body costumes.  The fun part is that the kids are heavily involved in making the costumes themselves….so I am more the “director” watching over flying fur and feathers and glue guns! I will write about that another time when I have pictures! 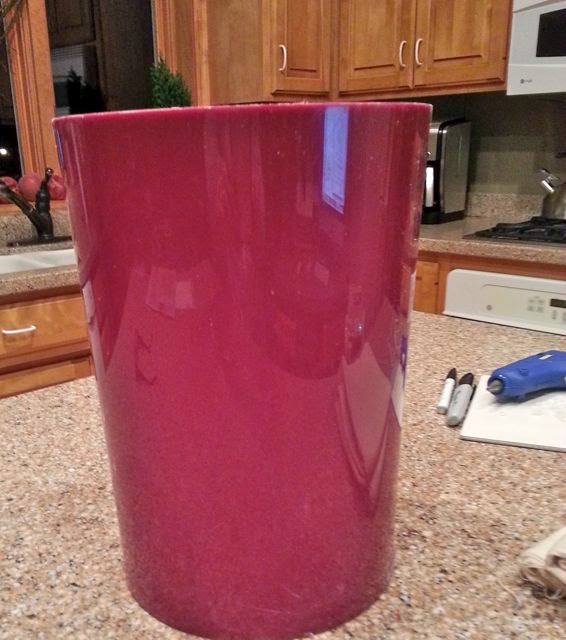 On to the transformation of this rather mundane plastic wastebasket into a customized fabric covered gem!!

There is really nothing wrong with it!
Except it is the wrong color for the decor in my Yoga room!

There was no way I was going to spend any money on a wastebasket…..

Time to get my craft on!

Time to use what I had! 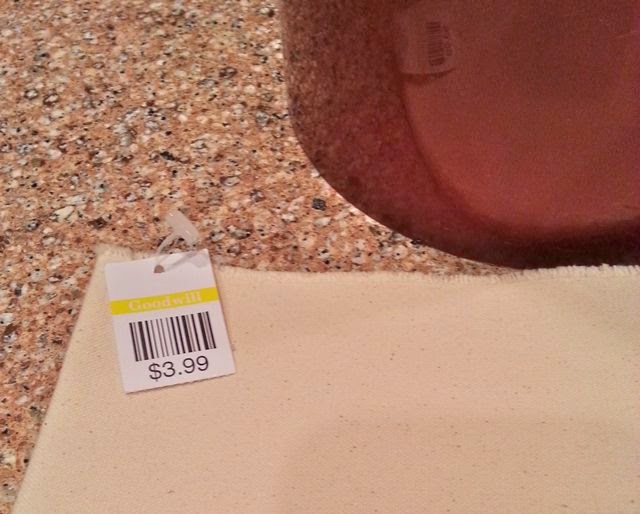 I was going to use burlap….until I realized that the red plastic would probably show through.

Then I got out this piece of heavy canvas from Goodwill.

It is nice and neutral….and would be great for the stencil I planned to add.

A paint drop cloth would also work for this project. 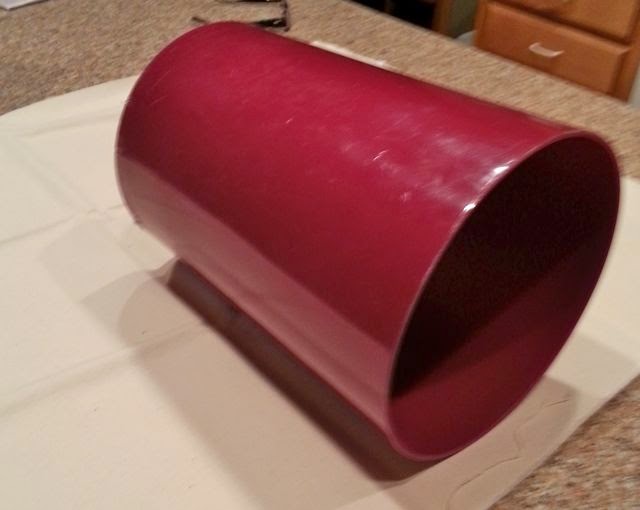 I measured the fabric by rolling the wastebasket on the fabric.
I left lot of overhang.  I was planning to tuck the extra down into the can as a self liner….

As you will see….that plan changed!

Then I folded down a 1/2 inch  on the top and bottom  and one side for finished edges!

It was ready to glue to the wastebasket….. 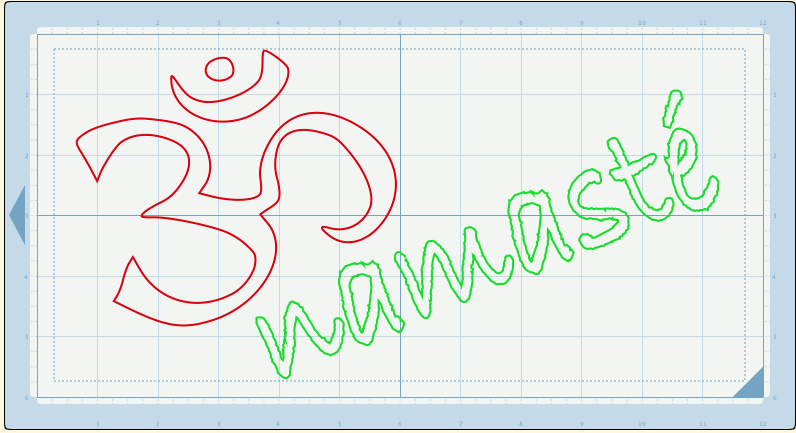 I am lucky to have a CriCut machine…..and even better to have the Sure-Cuts A Lot software.  The software lets you design on the computer….using any image you like and then run it through the die cut machine.  It sure saves on buying cartridges!
Sadly….I am not sure if it is still available for purchase!!!

As you can see….I decided to go full on with the the Yoga theme!  I found the symbol for the word namasté and then added the wording. 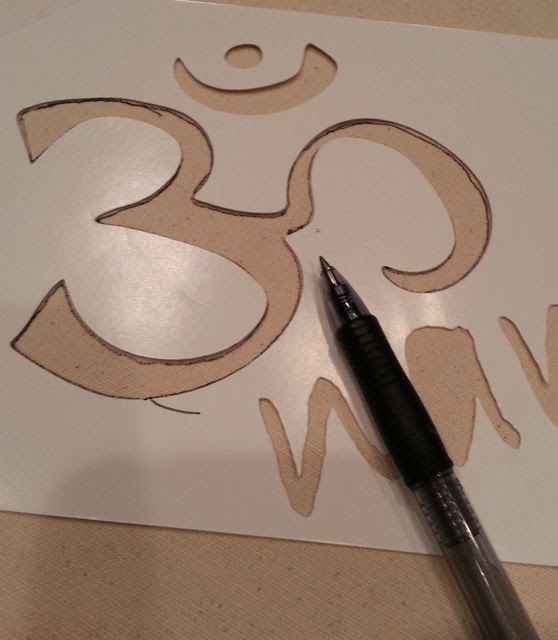 I got a bit lazy and decided not to actually stencil!

Instead…..I used a pen to create an outline of the stencil shapes and letters.

Then I simply used a black Sharpie to fill it in.

It saved the bother of cleaning the stencil brush and looks every bit as nice….in fact it might be better because it is more defined! 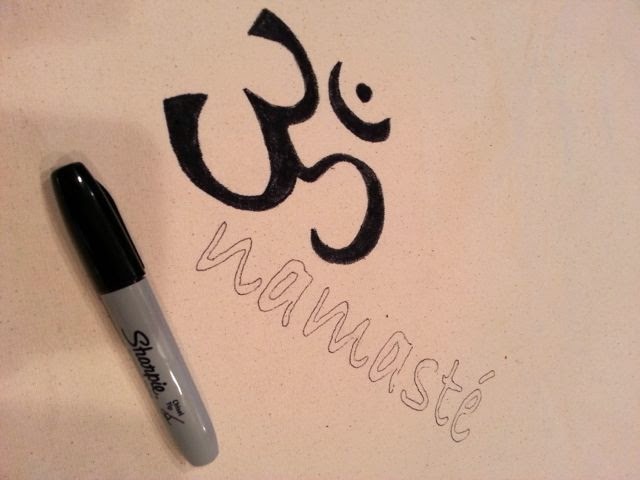 Once the ink was dry….it was time to start with the glue gun!

This is when the fun (Not so much) started!

The waste basket is wider at the top than the bottom….

That means you need a wider top than bottom!!!

Instead of just rolling the fabric around the can…..it goes all crooked! 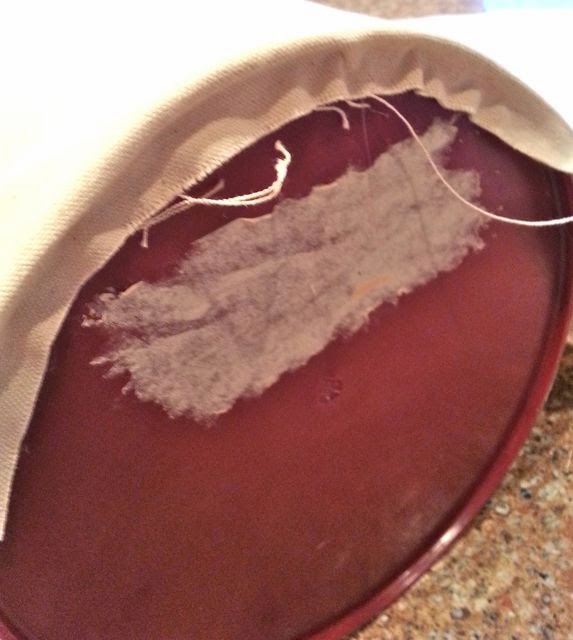 You need to sort of gather the bottom as you glue.

I had to get a little too close to the hot glue to pinch in the little tucks!

THIS WAS NOT FUN!

Do you remember that I was going to self-line the wastebasket with the long tube of canvas? 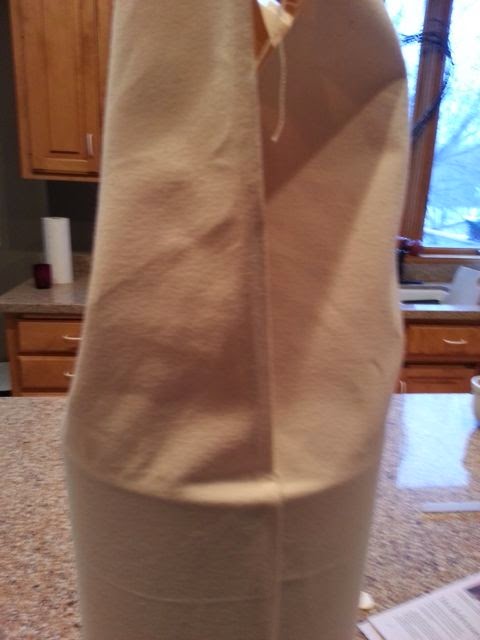 It was all crumpled and would certainly cause issues when it was used for WASTE in the waste basket!

So I cut it off….and tuck in the edge and glued it down… 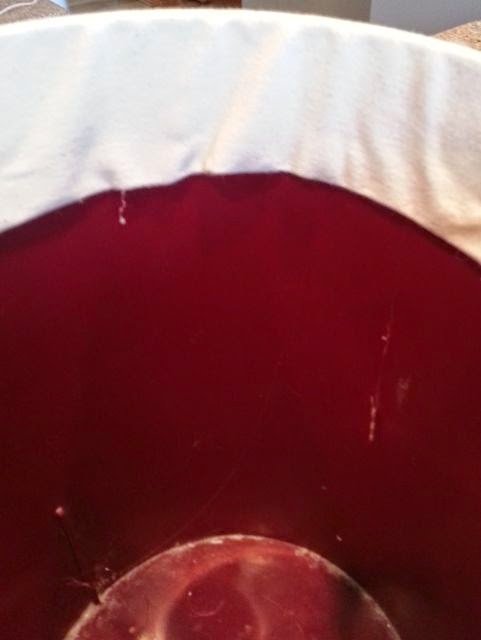 I wasn’t totally happy with it….but it was what it was!
I told myself….it is JUST a wastebasket! 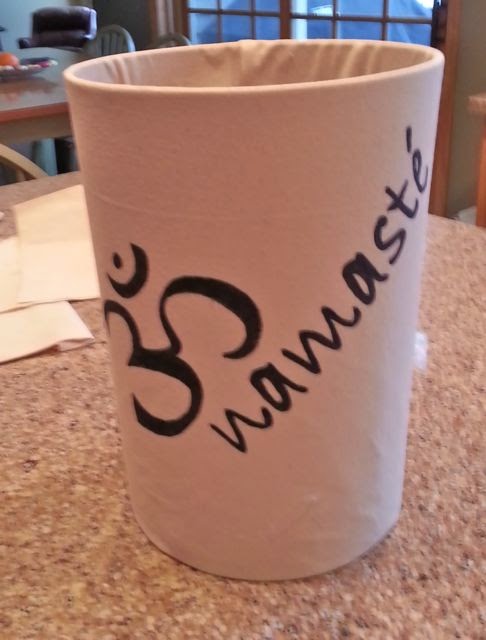 You can see……the folded edge still looks a little messy….

I figured that once it was in the room….it would be OKAY! 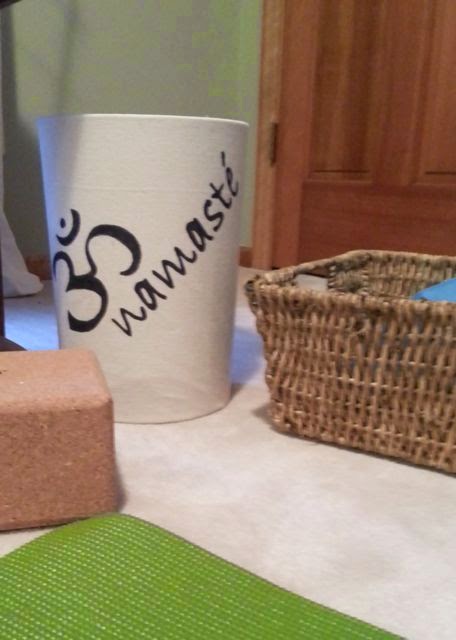 I went about my business…..but seriously….the way it looked was disappointing!

I kept thinking about it….
I had spent too much time….and had burned fingers besides!

There had to be something that I could do to make this better!

I remembered that I had really wanted a burlap look for the project! 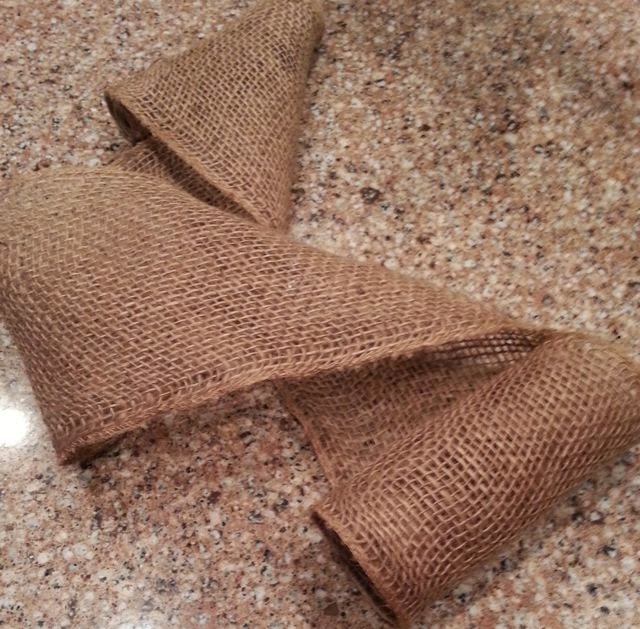 I dug out a roll of 5 inch burlap “ribbon” from my stash!

By adding this to the top and bottom of the basket…..it solved the problem!

Well…..it meant more glue gun burns….but it was worth it!

The inside edge of canvas is covered and I got the burlap “look” I was after! 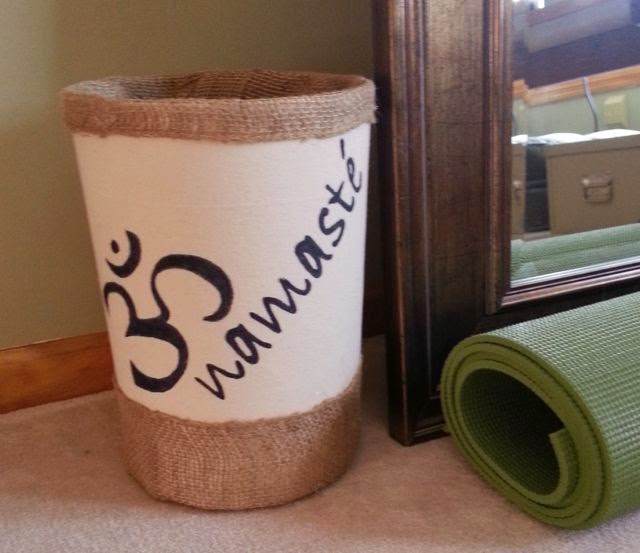 I think this just goes to show the “process” necessary when you set out to craft something!
The vision I had for the basket didn’t just happen…..
It is always a case of trial and error to find the right solution…..

So after all of this….I think I need to go actually USE the Yoga Room to Relax!