My niece has become an event planner KOVENT! She asked me to put together some flowers for a networking event this week. If you need an event planner and live in the Minneapolis area, check her out! 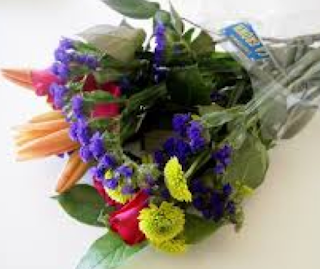 The Sweetwater garden has some flowers….but they just weren’t “fancy” enough for this.

So off to the grocery store with a budget of $15 in mind.

There were a couple of clear glass vases in the basement that were just taking up space.

Time to upscale a basic bouquet of flowers.

It is a simple matter to take bunch and arrange it in an interesting way! 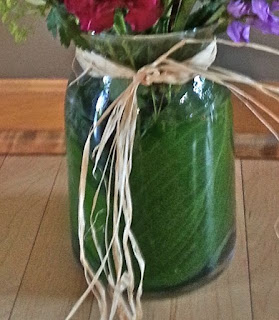 Using big Hosta leaves is a great trick for hiding the floral foam or the stems of flowers in a clear vase.

Just cut the stems off the Hosta and wrap them inside the vase.  It is a nice contemporary look.

It was lots of fun to put these together.
I got my creativity on!
Here is the result! 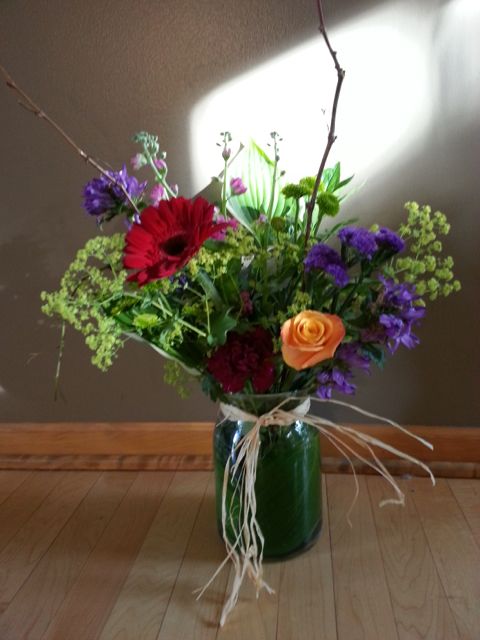 The chartruese fill is from a plant called Lady’s Mantle.  This is a staple in the Sweetwater garden because I love the way the lacy blooms look in flower arrangements.  It blooms at just the time the Peonies do and it such a colorful accent. 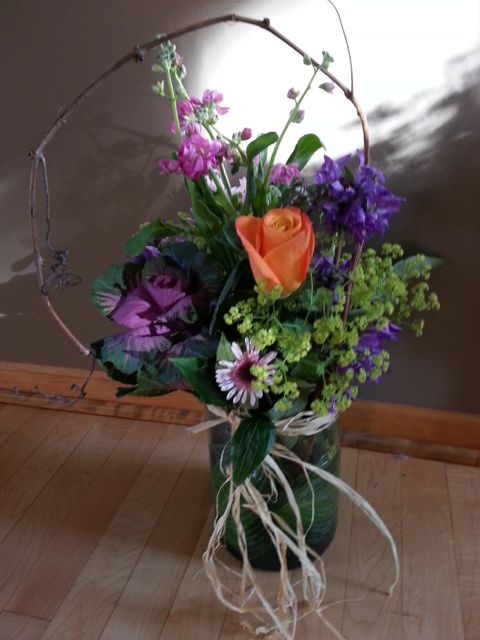 The inexpensive bouquet had a great little ornamental cabbage that was a really pretty accent.
One orange rose in each arrangement were a nice pop of color.

Adding a bit of grapevine and raffia really finished off the arrangements!

Wouldn’t you say that these don’t look to shabby?
For less than ten bucks a piece…..and about 20 minutes of time….they look pretty darn nice!

Have a Wonderful Day!