This is the time to start looking for signs of Spring! 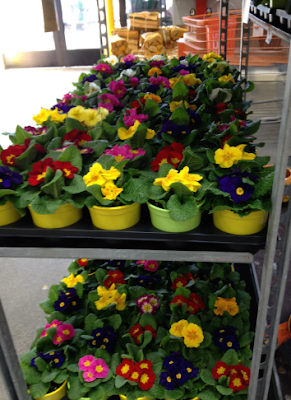 One of the sure signs of Spring is the arrival of the Primose plants at the Home Depot!

Mr. S and I were there yesterday!

I figured it was worth spending $10 on a little bit of Spring that would last longer than the usual bunch of tulips.

The copper bowl (from Goodwill) was the perfect holder for the four little plants.
It was a simple matter of plopping them in there and adding a bit of Spanish Moss.
Spanish Moss is one of those “little things” that is great to have around to add a nice touch to planters.
Primrose plants need to have the spent flowers picked off to keep them blooming. If I am lucky, I will keep these around until it is warm enough to plant them outdoors….wish me luck! 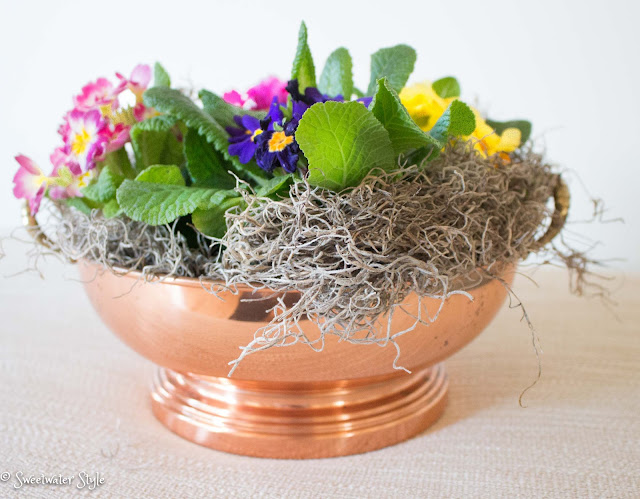 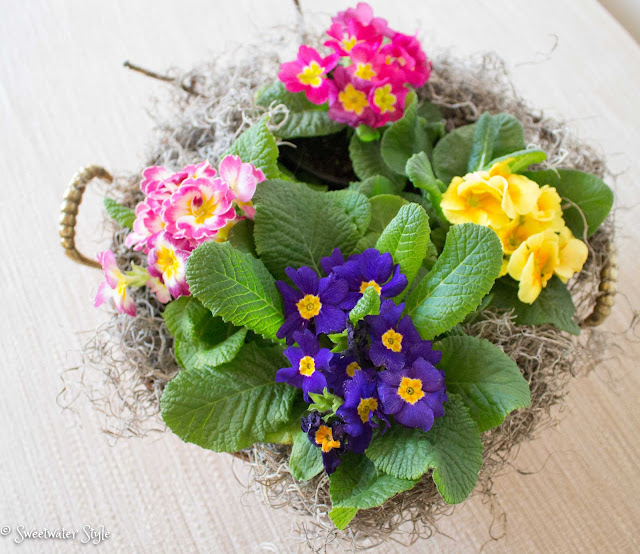 Have you ever wondered about the old saying about being led down the “Primrose Path”?

The primrose path refers to someone living a life of ease and pleasure. Not to be confused with “led up the ‘garden path'”, which is an idiom suggesting that one is being deceived or led astray.

It would be nice to think that at Sweetwater we live that life of ease….and frolic down the Primrose Path…..but sometimes I think it is more likely that the garden path is our destination!

Think Happy Spring thoughts today….it is only about 2 weeks away!