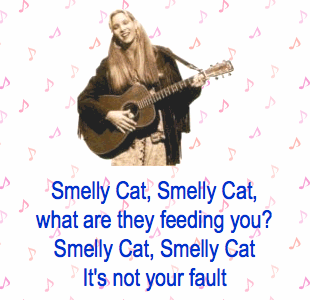 Phoebe, from the television show “Friends”, was a lot more tolerant of the worst part of cat ownership than most of us…..

It might not be “the cat’s fault”…..but it is a fact that the litterbox is the least attractive item in the house!

At Sweetwater…..we have these smelly eyesores tucked away in the back workroom!

Alas….Mr. S is often stuck there with the mess and odor! But at least it is out of sight!
And…..we are used to it!

When my nephew told me about solution to the “Smelly Cat”….I was sooooo jealous!

The only place for the cat box in their new house was the bathroom…..ewwwww!

He came up with this amazing DYI project he did to totally hide the litterbox!
He shared some photos of the project…..and I am sharing them with you!

He started with a simple cabinet that he bought from the Habitat Re-Store for $35. 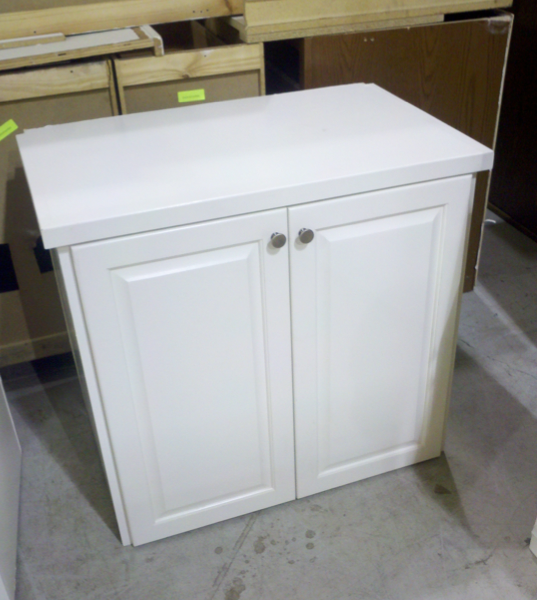 Then he cut the side and back off to fit the space….and leave room for feline access!
He added a toe kick to raise it off the floor and match the height of the vanity in the room. Now for the best part!!! 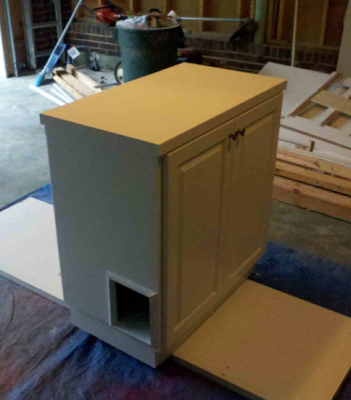 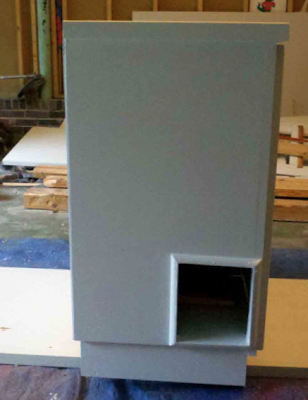 The hinge on the door needed to be moved…but I guess that wasn’t that big a deal.

The next step was to install a set of drawer slides in the bottom of the cabinet to allow for easy access to the box for cleaning. 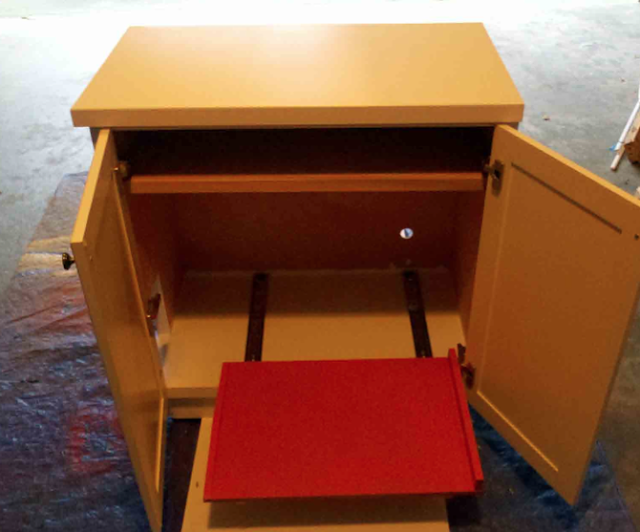 The addition of the shelf provides a place for pet paraphanalia! 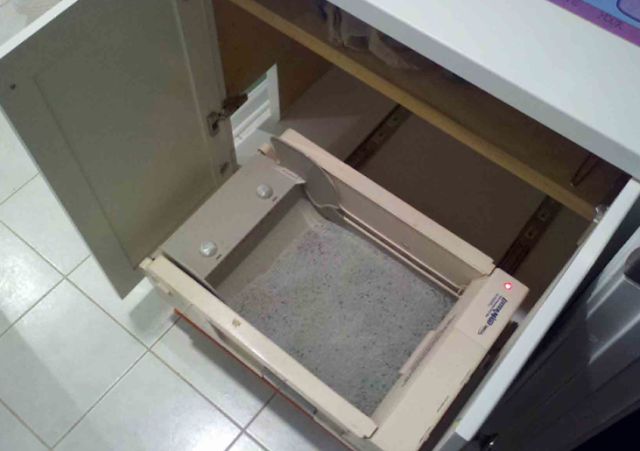 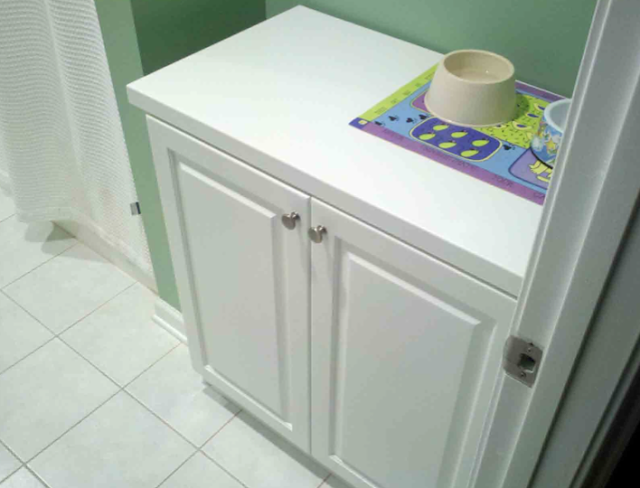 And the kitty likes it too! 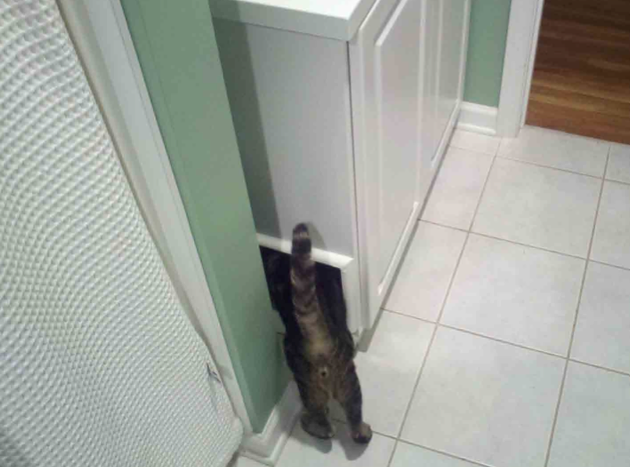 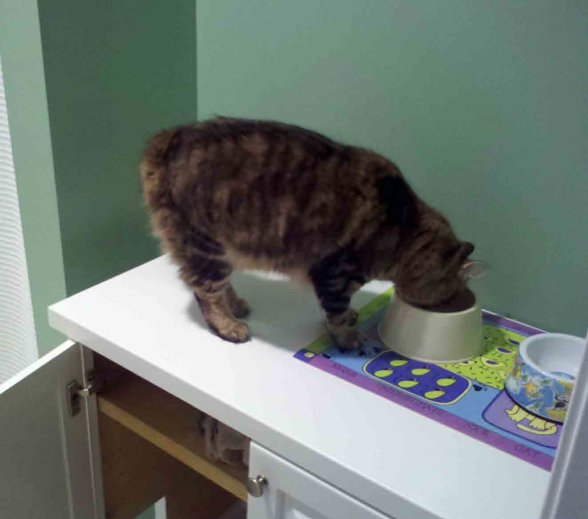 An all purpose kitty station!!!
I bet he didn’t spend more than $50 total and it looks like a built in!!!
Well Done Sweetwater Nephew!!!
Thanks for sharing!