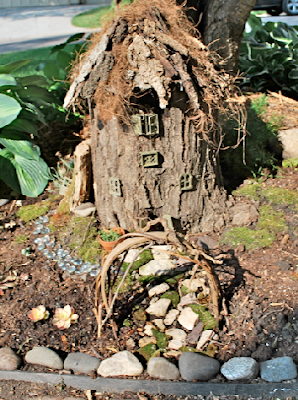 The Fairy Garden made from an old tree stump was a fun summer project.

A few elements got added throughout the season…

A little bench….
Some little succulents…

An ivy covered archway to enter the garden….

These darling little creations were handmade gifts given to me by a friend. 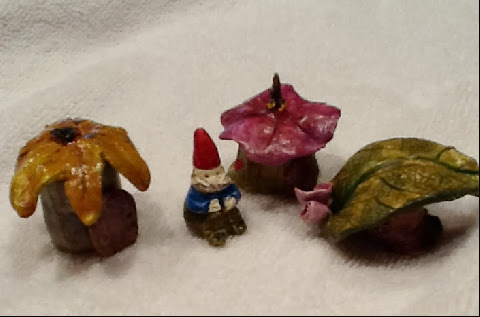 She creates them by painstakingly forming them from polymer clay….painting and varnishing them!
Wow!  I keep telling her she could sell them….in fact when she gave them to me…we were at a school meeting and she sold a bunch to the other people right on the spot!!!  What talent!

As cute as these are…..I was afraid that the Minnesota Winter would be too hard on them to leave them outside! Scene:  Beautiful Autumn Saturday afternoon just made for doing yard work.  Mr. S and a friend are out in the yard taking care of the leaves in the gardens and yard.  I am happily puttering around in the house.

Mr. S:  Mary! Mary! We have a problem!
Me: What? Is someone hurt?
Mr. S: No…..but  Geoff just blew all the Fairy Garden stuff into the yard with the leaf blower and I need to know what to look for!
Me:  Ooooh…..Noooo!  Just kidding!  I already took all the little things into the house!  Didn’t you see the indoor Fairy Garden on the counter?
Mr. S:  Well, thanks for telling me!

ANOTHER LOUD DOOR SLAM….GOING THE OTHER WAY! 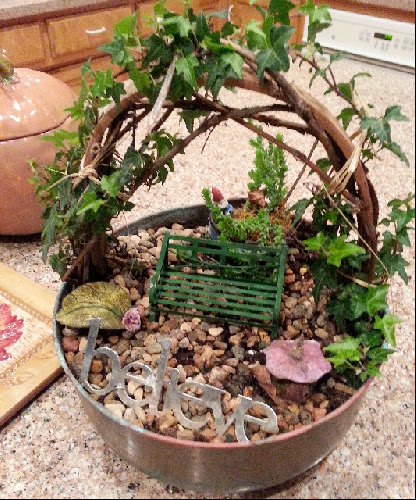 It was good that I did this!  Because……just a few days later….. 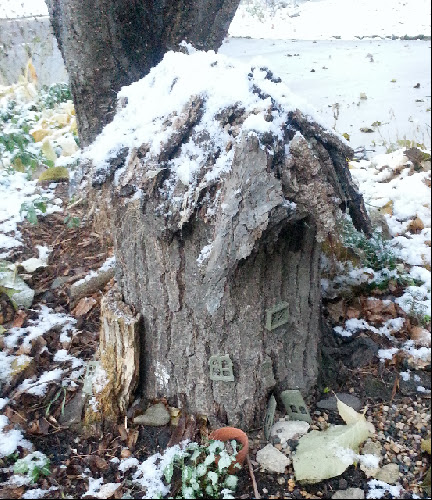 Here is an indoor Fairy Garden that was made by the same friend who crafted the little clay ornaments! 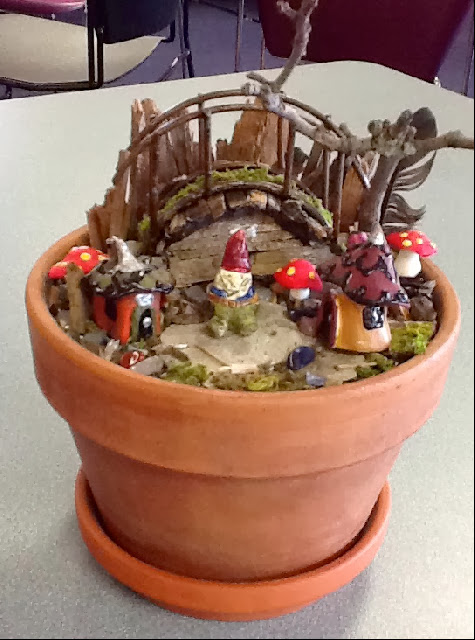 Both of these would be simple for you to replicate…..so…..let the Fairies be with you this weekend!