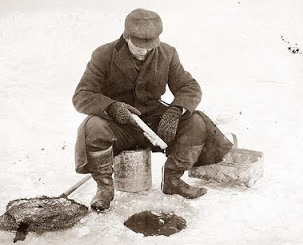 The NEVER ENDING Winter is certainly getting to me this year!

But it is a different story for Mr. S because he loves ice fishing!

Being the 21st Century kinda guy that he is….you won’t see him out on the ice looking down a hole like this guy! 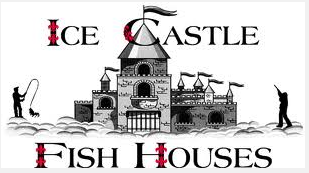 Nope…..he is the proud owner of an ICE PALACE! 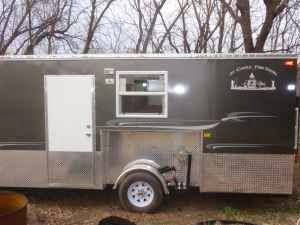 Over the years…..the ice palace seems to be outfitted with all the necessary MAN CAVE accessories to make it a weekend get away supreme! 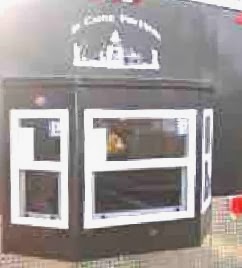 For heaven’s sake it even has a bay window!

Now…..because this is such a MANLY sort of abode……I am not often asked to give input into the decor!

As long as I followed the dictum of “Nothing too FROU FROU”….I was allowed to create the custom window treatments and a bench seat cover a couple of years ago….I went with a VERY subdued blue and brown tweed….so it was acceptable!

So when Mr. S. asked me to find him a bulletin board to hang up some of the “trophy fish” photos….I was up to the challenge! 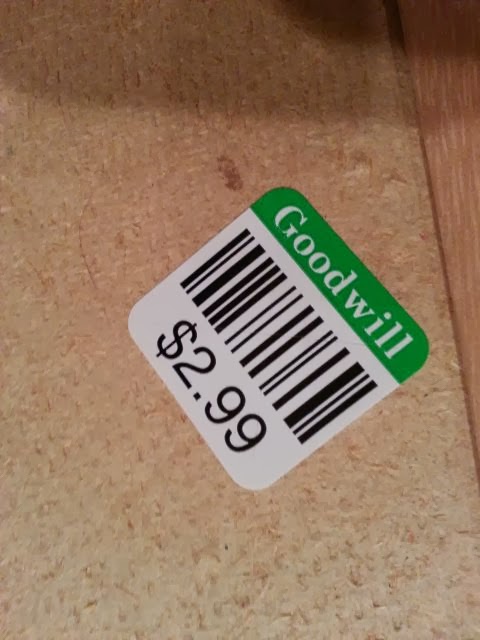 I scored this nice sized bulletin board at GoodWill….for $2.99

There was just one problem…..the frame was painted a very “unmanly” lavender!!!

Mr. S. was not amused when I told him it was painted the 2014 color of the year……hmmmmm! 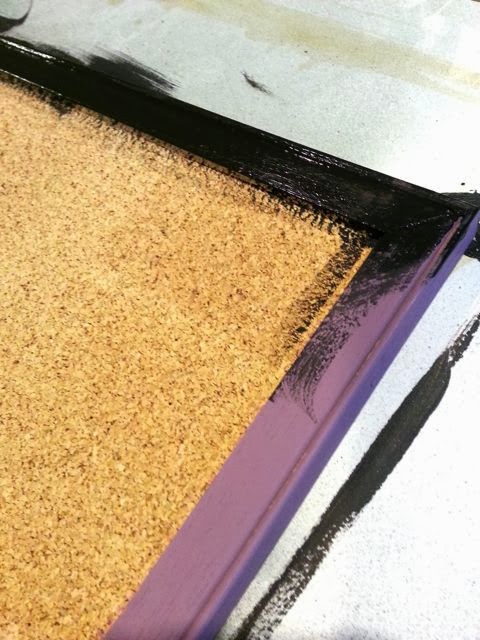 So I got out the craft paints and took care of that!

A much more MANLY sort of color don’t you agree? 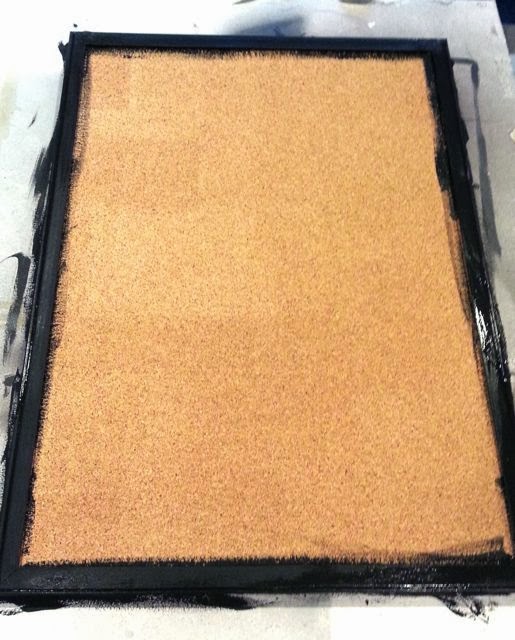 I planned to use some of the left over curtain fabric to cover the cork, so I didn’t bother to mask it off when I did the quick paint job…..

But ALAS….seems I must have gotten rid of the remnants of the curtain fabric because it was no where to be found!!!

Instead I found this old Pendleton shirt in the fabric stash…….now if that isn’t MANLY…I don’t know what is!

I was going to use the back of the shirt….and that would certainly have worked….. 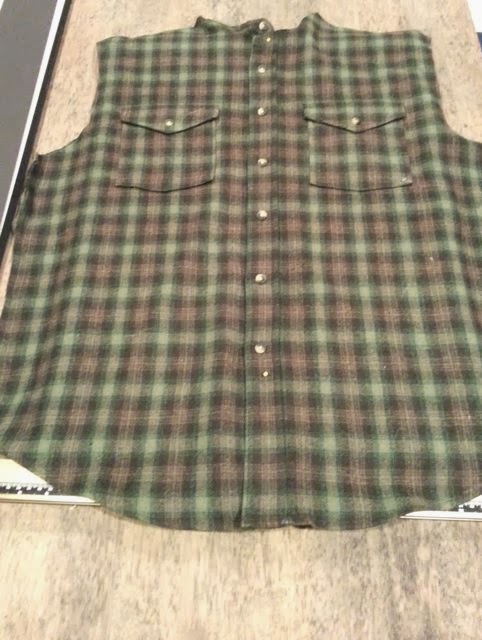 But….the buttoned up front with the pockets seemed to have just a little bit of humor….so I used that! 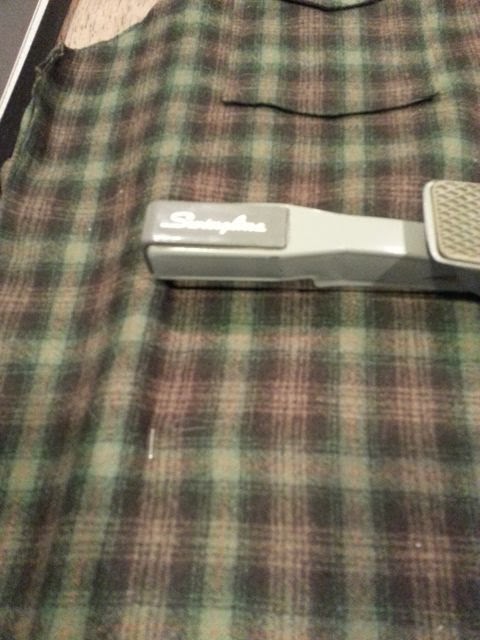 I got my best schoolteacher bulletin board skills out and stapled the shirt front to the cork board.

The next step is to trim the fabric….leaving enough to wedge in under the frame for a neat edge. 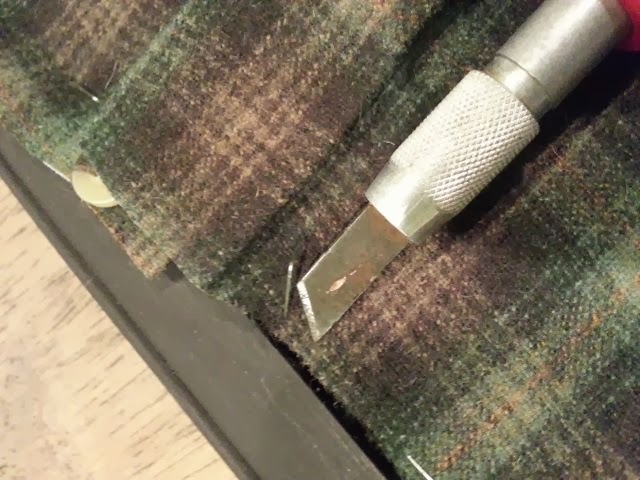 The edge was nice and tidy now…..but the staples were showing…..

I needed something MANLY to cover them!! 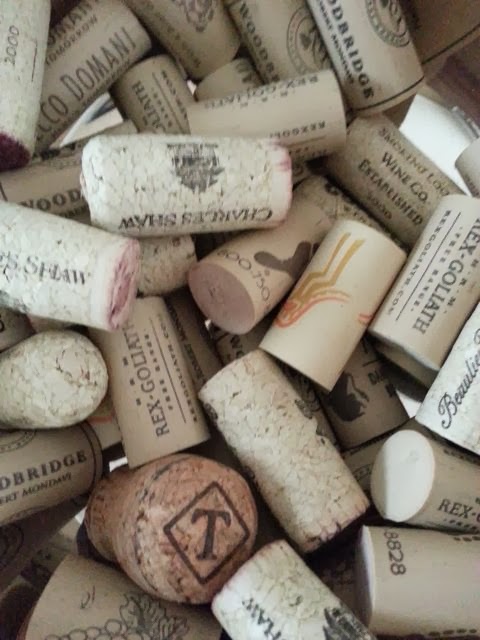 I don’t drink all that wine for nothing!

The corks and the glue gun were the perfect answer.

I used some jute rope to allow for the placket and the pocket areas…..

Then….I just made a border of cork around the whole board!!! 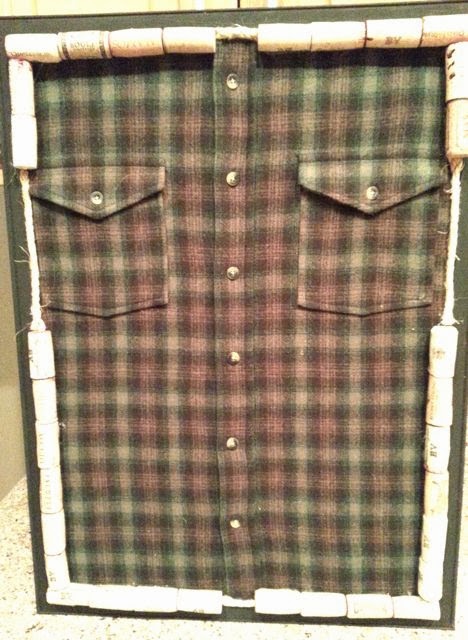 I think he should dig out some old fishing lures and take off the hook barbs to use as tacks!
And the shirt pockets are sure to be good for something!!!!
Now they just need to catch some fish to take pictures of!!!
Have a Great Week!

UPDATE!
Mr. S is fishing as I write….he sent this photo of the board in place at the palace!
I am NOT sure why there is a picture of SOME OTHER WOMAN in the pocket!
I guess Mr. S. will have some ” ‘splainin’ to do” when he gets home!!! 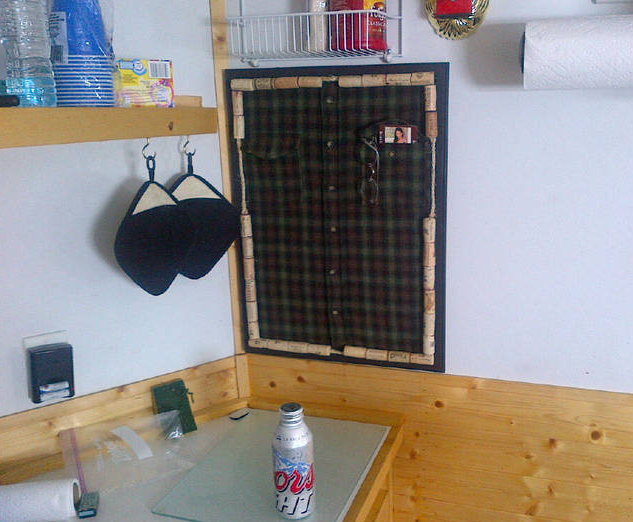