I was shopping at the thrift store the other day!  Now why does that NOT surprise you?
These three white ceramic vases on a white plate were a good buy and reminded me of something similar I had seen in a boutique. 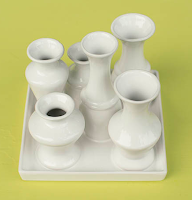 Boutique version…..I think this ran somewhere in the neighborhood of $40. 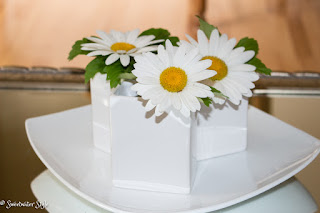 Just perfect for single blooms from the garden!

I found a board book for the Sweetwater Grandboy…$.99!

The absolute perfect piece of furniture for a Media Console in the family room!

Oh SCORE!
I had been searching consignment stores and Craig’s List for a dresser to rehab…and those were all running in the $200 range before the rehab!
So when I saw this…I did a double take….and then a little happy dance! 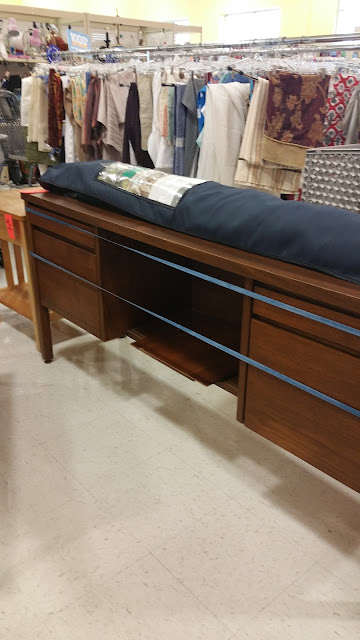 Now….I did have to go through the thrift store angst before I actually made the purchase.

To BUY or NOT to BUY?

Seriously…my last lunch with a friend cost more than that.

Still, I was flip flopping about spending ALL that money!

I sent a photo to the Sweetwater Daughter asking for advice…..she was able to get my head on straight!

Of course I should buy it!
So I did!

Mr. S was somewhat guarded in his enthusiasm for my bargain.
That might have been because he was the one who would have to pick it up, load it into the truck, and find a friend to help move it into the house.
AND…it is hard to believe that a $20 piece of thrift store furniture would be nice enough to have in a main living space!

BEFORE
(actually this is an old photo….one TV and a lot of extra components before)
The parson’s table is the furniture piece I was looking to replace. 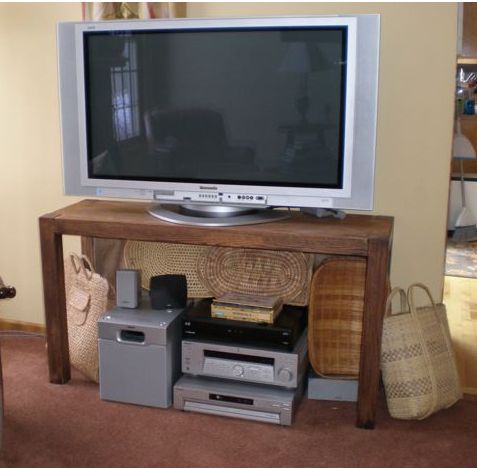 Even Mr. S has to agree that this is a nice look….especially for $20!

The moral of the story:
if you shop at the thrift store often enough, you will find the diamond in the rough!

We are going to cut a hole in the back of the center area to put the Satellite box.
But for now…I am just gonna sit back and enjoy my bargain!
Have A Great Day!