On a scale of 1 to 10 cleaning the cupboard under the Kitchen sink is probably a 1or maybe lower!
Face it….if you can find the soap and cleaning supplies at the front….
it is better not to look way into the back recesses…
you never know what you might find! 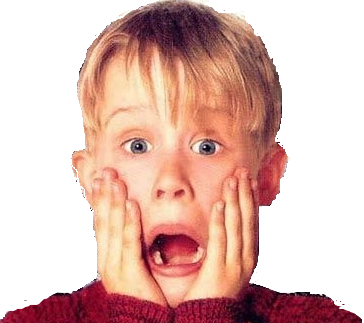 Never the less…..my to do list included redoing the shelf paper under the kitchen sink….and the time had come!

The idea of using 12 x 12 stick on vinyl tiles was one I had seen a while back on someone’s blog!  (If you are that someone….let me know so I can give you credit!)
Anyway……..I bought 8 tiles at Home Depot….for 79 cents a piece….and the project was “under” way! 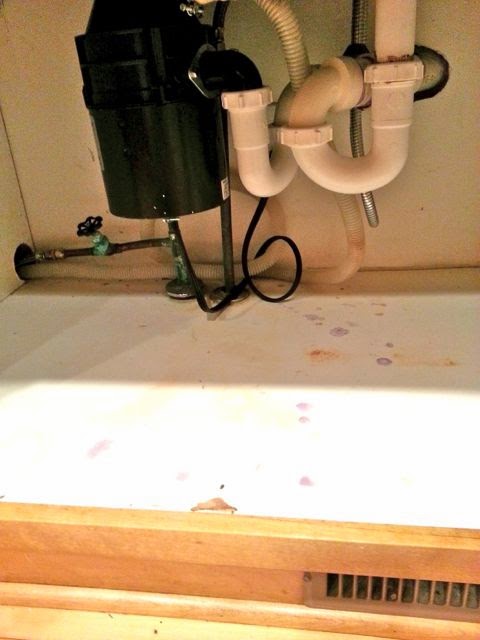 Low and behold….when I took all the stuff out of the cupboard…..I discovered that there was a LEAK!   Not a pretty sight!

I waited to take this photo until after I cleaned up the mess….just in case you were having a snack while you were reading!

Anyway….see all the curly cue pipes and “STUFF” that has to do with water and drains and garbage disposal……apparently they somehow got loosened and were leaking slowly and making a big mess!

Since Mr. S is the plumber around here….(have I ever told you how nice it is to have someone who understands all those curly cue pipes around?…Well really nice)

He was able to fix the problem leak and I could get on with my project. 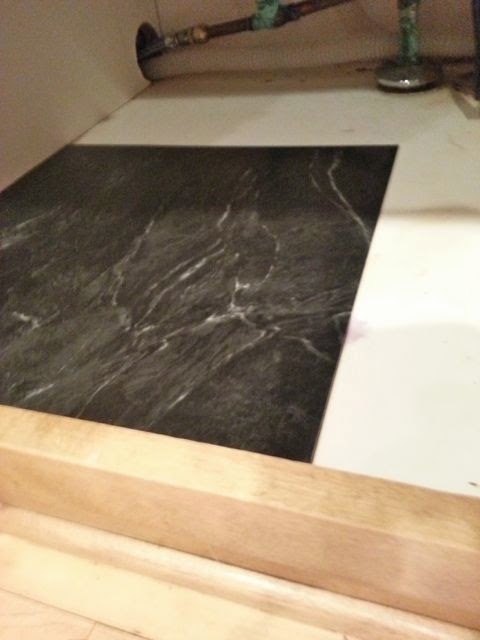 The process was pretty simple….

Obviously there were a few spots to cut around…

But remember…..this is under the kitchen sink…
That same spot that I didn’t know was a leaky wet mess because I never look tooo far back…..

So perfection was not an issue on this project! 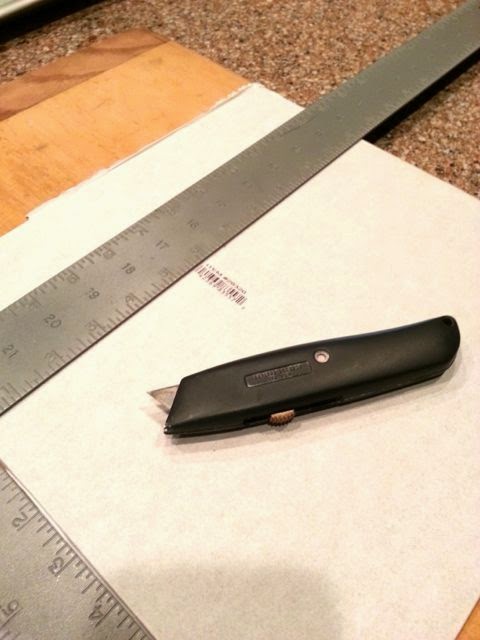 But otherwise…..I just “eyeballed” it for the cuts around the pipes in the back!

I don’t think I did too bad on those….what do you think? 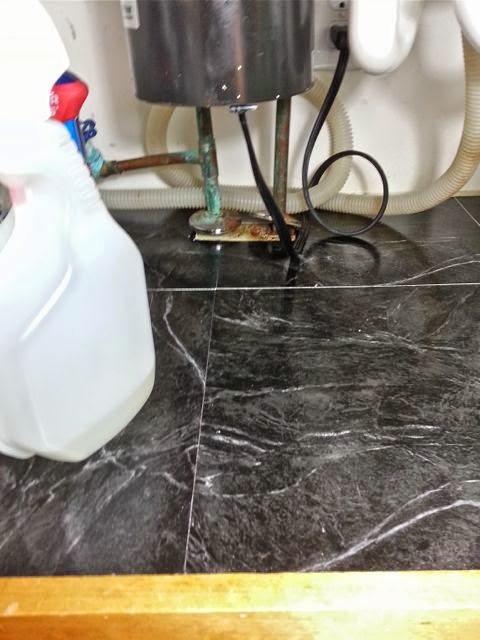 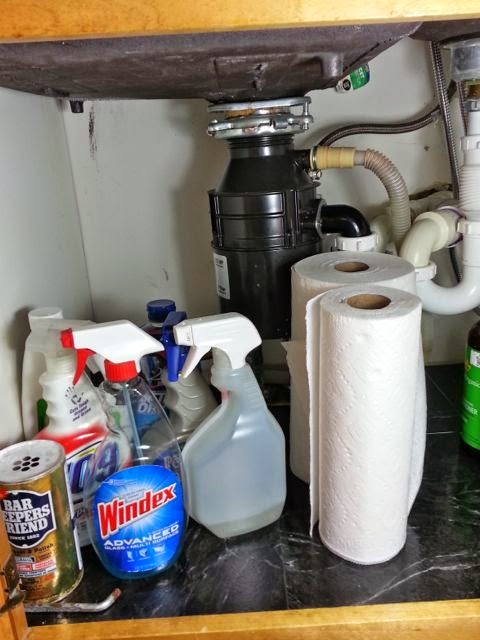 So now the cupboard should be easy to keep clean….I said clean….NOT NEAT….that is something that is probably never gonna happen!

“truth in blogging” has the project costing a bit more if you throw in the extra trips to Home Depot for plumbing supplies and the time to let the “plumber” work!

Hope you have a week with only “good” surprises!
I am waiting patiently for the yard to dry out enough to get out and plant….it promises to be a beautiful day!